Having watched Arrow from the very beginning while in my college dorm, hoping for a Smallville  spiritual successor, “Fadeout”bought up a lot of emotions for me. I really wanted this finale  to reward fans for not only sticking with the show for eight years but for supporting the birth of the Arrowverse as a whole. With last week’s backdoor pilot being less than stellar, I’d hoped the final Arrow episode would justify going beyond the crossover.

“Fadeout” opens on Oliver’s final narration, followed by season 2’s pivotal final scene where Slade Wilson killed Moira as a tied-up Oliver looks on, helpless. We see the first change Oliver made to the timeline as our hero takes a knife out of his back pocket, frees himself from his captivity, and stops Slade (whose portrayer, Manu Bennett, was in the new footage thanks to a deleted scene from season 2), thereby saving his mother’s life. We then see Moira contemplating her alternate fate to the camera crew of The Emerald Archer, the Green Arrow documentary from last season. The director, Marcia Pedowitz (a fun nod to CW President Mark Pedowitz), interviews Diggle, Dinah, and Rene about what Oliver accomplished, with the director lamenting the fact that her documentary has become a memorial. As Diggle and Rene talk about how Oliver “saved the city” and how crime disappeared overnight, everyone meets up at the bunker to toast to Oliver while Dinah and Rene talk about their plans. A now-alive Mayor Quentin Lance will endorse Rene for mayor and has offered the position of SCPD Captain to Dinah (a position she later declines). Diggle tells everyone he doesn’t believe Oliver’s mission will ever be over.

From there, our final flashback story begins, as “Fadeout” takes us back to the first season, soon after Oliver revealed his identity to Diggle. While Oliver looks up the next name on the list, John Byrne (named after the legendary DC comics writer), he tells Diggle that the mission never ends. Meanwhile, in 2040, Mia – who is still struggling to live up to her father after William’s capture – wakes up to find Sara standing before her. The captain of the Waverider tells her that she thought she might like to go to her father’s funeral. Diggle uses the Salmon Ladder while Dinah gives a lovesick Roy the mark of four. Rene asks Diggle if Felicity is coming, and Diggle says he’s not sure. We flashback again as Diggle asks to go with Oliver, accusing him of being worried that Diggle will stop him from killing, laying down some sound logic given that he’s ex-military, and so is Byrne’s private security firm. Diggle tells him there’s a way to stop them without killing. Back in the present, Dinah encounters Mia, who is “trying her best to channel her mom.” Against Sara’s wishes, she tells Dinah about William’s capture in the future, only to then get a ping on Felicity’s Archer protocol: William has been kidnapped in Central City by Byrne, now out of prison after eight years. 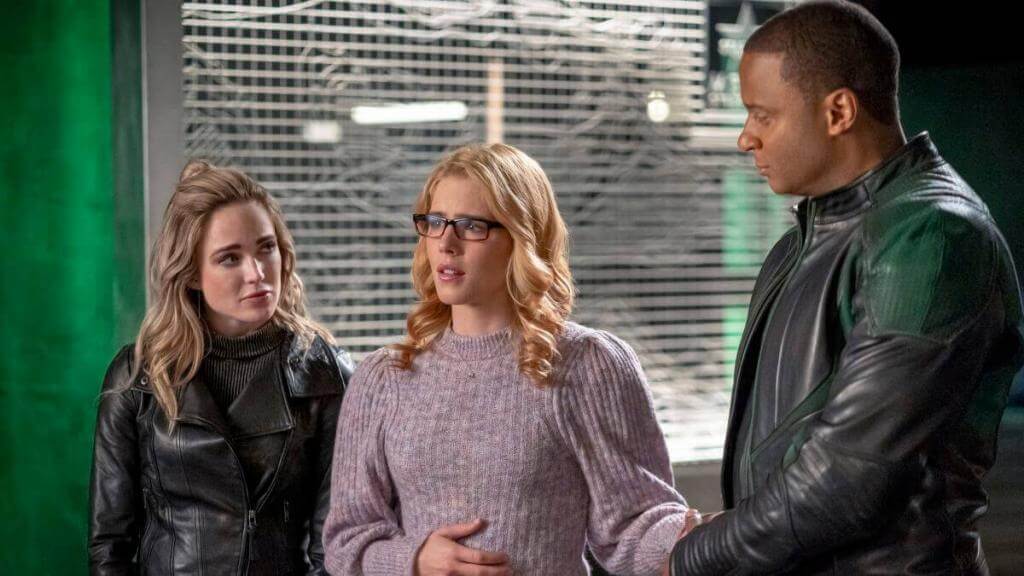 I really appreciate the sentiment behind “Fadeout,” and while it definitely has its moments, a lot of it doesn’t work. I don’t know why they decided to have William kidnapped for the second episode in a row. While it served to further Mia’s story, and, I suppose, give her the confidence to rescue her brother, I don’t understand why, since Sara was there, they didn’t just go out and find William instead of going to the funeral. At the very least, they had a built-in excuse for why she wasn’t there, and they could’ve kept the focus on the present-day Arrow family. Instead, there’s a giant elephant in the room whenever Mia is onscreen. In addition, while I loved seeing Paul Blackthorne one more time, his return here, aside from revealing Oliver’s statue, served little purpose other than giving a copout excuse for why the original Laurel didn’t return. Save for the previous episode, I’ve really liked what Katie Cassidy and the writers brought to this iteration of Laurel, but they should’ve worked a little harder to figure out something better. Now, it’s time to talk about one of the biggest problems  with this episode: Felicity’s role. While I never minded the character  early on, it felt like she had overtaken the show. The idea that Arrow would end on “Olicity” in the afterlife feels not only a bit rushed but also a bit of a disservice to the show. That being said, there were a few things that worked, most notably Diggle taking the lead for this “final mission” before his green close encounter on his way out of town, and the funeral scene. And, as much as I hate to admit it, it was great to see one final scene with Barry and Felicity before the end.

When it comes to the performances in “Fadeout,” there’s little to write home about, save for David Ramsey and Katherine McNamara. Hopefully, this arc with Mia is finally over. I was particularly happy with Ramsey, given that he was nowhere to be found in the last two episodes of the show. I’m glad we’ll get to see him on The Flash and, hopefully, Superman & Lois from time to time (perhaps with a certain ring on his finger, depending on the agreement the producers made with DC). Writers Marc Guggenheim and Beth Schwartz did what they could with this finale. Here’s hoping they’re not put in this position again, because the titular character should be more involved in a show’s final episode. Major kudos must also go to director James Bamford, who delivers fantastic action for the fans once again and reminds Hollywood that the team behind the stunts on Arrow deserves more recognition in the industry. 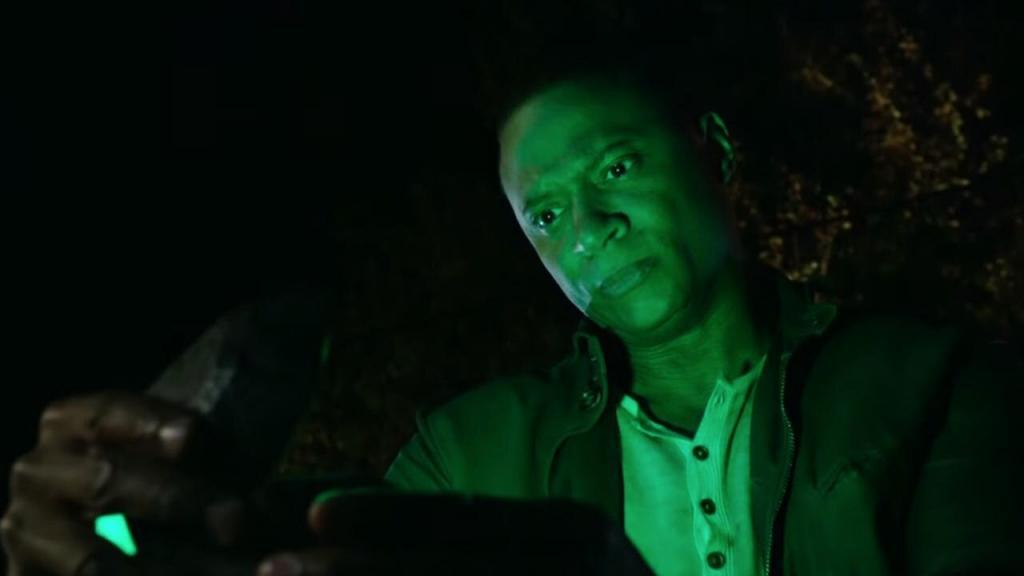 “Fadeout” is, at times, better than it has any right to be. While it may work in a bottle, the performances of Katherine McNamara and David Ramsey do little to make up for the repetitive nature and Stephen Amell’s minimized role. After 170 episodes, Arrow deserved better and really should have ended with the “Crisis on Infinite Earths” crossover. Despite all of these issues, I’ll always be grateful that Oliver Queen saved his city.