With Future Team Arrow joining Oliver and Co. in the present, I couldn’t wait to see what the producers bought us in “Present Tense” as the farewell run of Arrow continued its trek toward the crossover and, subsequently, the series finale.

“Present Tense” begins with Oliver in shock as he stares at Mia and William. Oliver tells Dinah and Rene that he had a daughter. William embraces his father while the rest of the team – sans Laurel – looks on, particularly Diggle, who is stunned at the sight of his future adopted son Connor. Oliver fills in Dinah and Rene about the situation with the Monitor, and Future Team Arrow decides not to tell their parents about the future, despite William’s misgivings. Back at Oliver and Felicity’s Star City apartment, Oliver catches up with William as Mia sleeps. Meanwhile, a CEO and hospital donor named McMillan Fairfield is brought in to Star City General with what a doctor realizes is a bomb in his stomach. Oliver and the team watch a news report about Fairfield’s death. In addition, the anchor explains that the authorities have concluded Deathstroke is responsible for the attack. With Slade and Joe accounted for, Oliver assumes someone co-opted the mask.  After William tells Rene about his future mayoral status, Connor joins Diggle at the SCPD, where he recognizes JJ’s credo (“Star City’s Cancer is the Rich”), Future Team Arrow goes to the headquarters of their time’s Deathstroke gang, believing that JJ was bought back to 2019 with them. Instead of JJ, they find not only another victim but also JJ’s predecessor as leader of the Deathstrokes: Slade’s son Grant Wilson. Thankfully, 2019 Team Arrow has been tracking that victim and ensures everyone makes it out alive.

2019 Team Arrow demands answers, and the kids tell them the truth, including that JJ kills Zoe in the future, much to Diggle and Rene’s chagrin. After the two of them argue over their children’s fate, Diggle confronts Connor, who tells his adoptive father how he never gave up on him, and JJ resented all of that attention. Diggle says that he’s angry with him for lying. Oliver and Mia argue over what their next step should be; Mia tells him she’s going to the hospital bomb site, and Oliver doesn’t get a say in what she does since he chose to be a hero over being a father. Laurel, who was called back to Star City, volunteers to go with her. William and Oliver watch a message where Grant Wilson proclaims that the siege will begin tonight. Dinah wonders why Wilson would warn them ahead of time. Explaining that he had been undercover with the Deathstrokes for a while in an attempt to save JJ, Connor tells her and Oliver that this is part of the Deathstroke’s MO; he just doesn’t know what their plan is, as everything’s different now. William tells everyone he’s extracted the data he needs but isn’t familiar with early 21st-century tech, which requires him to work with Curtis, who Oliver had called in to help figure out how to stop the Monitor via the energy wave that took out Earth-2. Meanwhile, Laurel tells Mia that she knows she wants to kill Wilson, recognizing her murderous intent; she will not stop her but wants to know why. Mia says it’s because he always escapes whenever he is captured in the future, thus turning himself into a cult hero among the worst in Star City. Laurel explains how she stopped Felicity from killing Diaz. Since her mother didn’t regret changing her mind, maybe Mia should change her approach to Wilson. 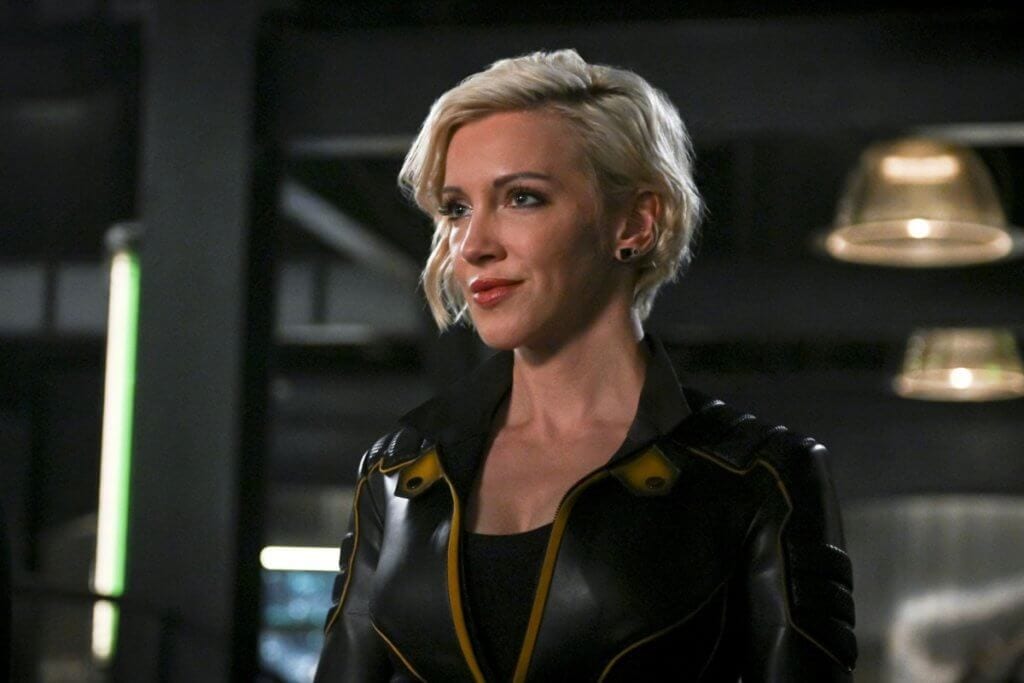 As William and Oliver have another heart to heart, Curtis tells them that Wilson is planning a coordinated bomb attack connected to a remote detonator. The only silver lining is a relay device underneath the city, which our heroes can use to stop the bombs by turning it off. While Dinah and Rene (who has set up a press conference in the Glades) deal with a bomb in the police department, the rest of the team divides into two other groups: Diggle, Connor, and Laurel try to disarm the relay with William and Curtis talking them through it from the Bunker, while Oliver and Mia go after Wilson and his crew. This culminates in Mia getting ready to put an arrow in Wilson when he tries to set the bombs off just as the others disconnected the relay. However, Oliver won’t allow his daughter to kill him. As Oliver praises his children and Diggle makes inroads with Connor,  Rene, Laurel, and Dinah resolve to embrace some better elements of the future, like the Canary Network and Rene’s future as a politician, minus the corruption. Oliver and Mia stand over Robert’s grave, and Mia wonders whether the guilt over losing people goes away. Oliver tells her it’s something with which you learn to live, and he offers to help her do so. As Rene gives his speech, we see shots of Diggle training with Connor, and Laurel and Dinah sharing a meal. Oliver gives his children a late-night snack, much to William’s glee, then gets a call from Curtis telling him he needs plutonium to replicate the energy wave, but it’s only available in Russia via a military general. “Present Tense” closes on the Monitor telling Laurel she must betray Oliver if she wants her world back.

“Present Tense” was supposed to be a big moment for the series, as the current and future Arrow teams collide. Adding in the long-awaited Arrow debut of Jamie Andrew Cutler as Grant Wilson – last seen in Legends Of Tomorrow season 1, episode 6, “Star City 2046” – should have only solidified that. Unfortunately, it falters more than it succeeds. Aside from the fact that they gloss over how the meeting of the two teams came about, a lot of the character interaction is a pretty cliche. Yes, the performances are well done (particularly the Oliver and William scenes), but it feels little more than a way to make the flash-forwards relevant and have Oliver meet his children before he dies. Despite the less than stellar plot, writers Oscar Balderrama and Jeane Wong do a serviceable job with “Past Tense,” finally bringing together the two storylines and likely eliminating the flash-forwards for the rest of the series. I just wish there had been a bit more for the actors to work with. Director Kristen Winchell does well with this episode, but it feels mediocre at best. 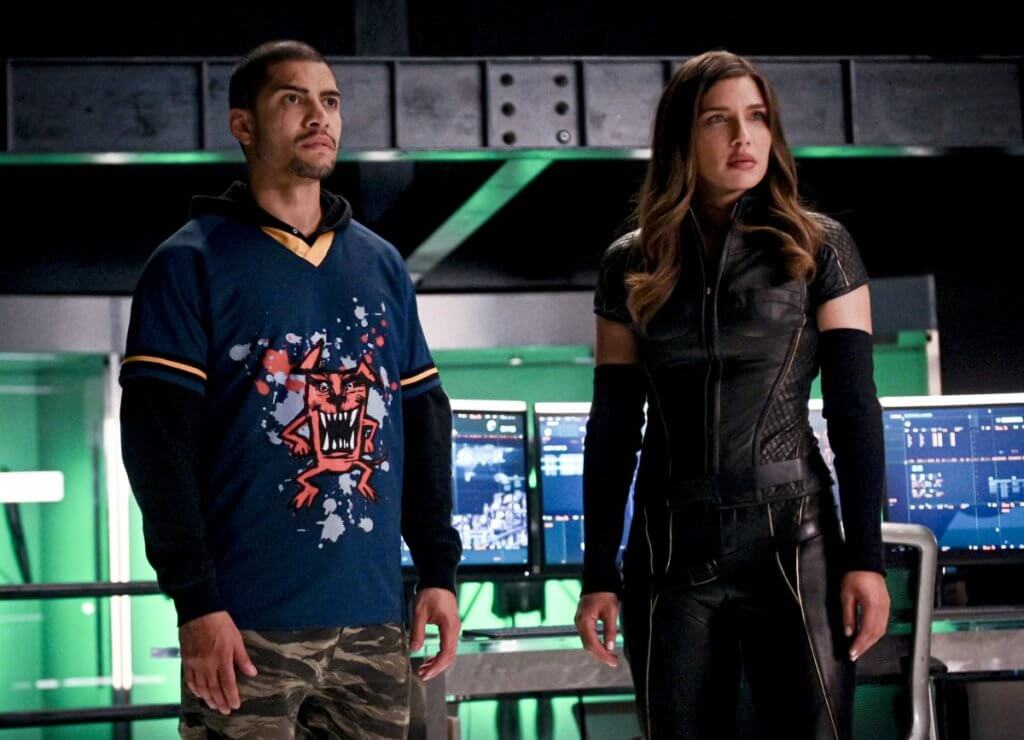 Overall, “Present Tense” is a subpar episode of Arrow. Getting to see Oliver interact with his children does little to make this episode worthy of the final season, especially as the writers chose to gloss over how this meeting came to pass. The past three installments served as a great way to call back to earlier seasons, so hopefully, they’ll manage to get back to that in two weeks with the Russia-centric episode “Prochnost.”