The adaptation of Eoin Colfer’s best-selling young adult fantasy Artemis Fowl is one Disney project that hasn’t inspired much fanfare. From the film’s announcement to its first trailer to its silent release on Disney+ yesterday, the lack of excitement around the movie from both fans and creatives seemed telling. I personally didn’t read any of the stories in this series, although they were trendy when I was in school. I would have expected this film to be some attempt on Disney’s part to kick off a successful YA franchise, something they’ve been unable to do for the past 20-ish years. Some of Disney’s live-action movies do well financially and critically, but they don’t stick around like the animated ones, with rare exceptions. Aside from properties they’ve purchased like Marvel and Star Wars, the only long-running, popular live-action series they’ve had in recent memory is Pirates of the Caribbean. However, the lack of marketing, merchandise, and general excitement surrounding this movie tell a different story. Let’s have a look.

The film opens with Mulch Diggums (Josh Gad) being held and questioned as he offers to tell the story of Artemis Fowl. The troubled son of a widowed art dealer, Artemis is seen by a therapist who offers little help. At home, his father prepares for one of his frequent work trips and reads Artemis the same poem they read before bed each night. However, this time it isn’t business as usual, and Artemis Fowl Sr. is kidnapped by someone looking for a device called the Aculos. It’s a race against time to find the tool and save Artemis Sr. Can the brilliant but stubborn boy do it?

As I haven’t read the Artemis Fowl books, I’ll only be looking at this movie as just that – a film. I’ve heard that this film isn’t like the books at all, and I find that easy to believe, but I don’t have them as a frame of reference. So, setting aside its status as an adaptation of a beloved book series, how is Artemis Fowl? The film looks promising on paper, with director Kenneth Branagh leading seasoned veterans like Judi Dench (Commander Root) and Colin Farrell (Artemis Fowl Sr.), and reuniting with Nonso Anozie (Game of Thrones, Cinderella). I’m unfamiliar with child actors Ferdia Shaw (Artemis), Tamara Smart (Juliet,) and Lara McDonnell (Holly Short), but that’s par for the course. The first character we’re introduced to is Josh Gad’s Mulch Diggums. I like Gad a lot, and Disney has been using him frequently since Frozen was such a success. However, I’m not sure he was really right for this role or movie. Mulch is a “giant dwarf” who looks like Hagrid from Harry Potter and can scratch his mouth and jaws out to eat dirt, pooping it back out as he digs. The animation effect whenever he does so is horrifying, by the way. Gad also makes his best attempt at a deep, scratchy voice, and it doesn’t work at all. He’s funny and a good singer, but he doesn’t seem suited to versatility in vocal performances, which is fine. I don’t really blame him for his performance because this character doesn’t work at all anyway. He isn’t funny, he doesn’t drive the story forward, and everything visual and aural about him is just unpleasant. 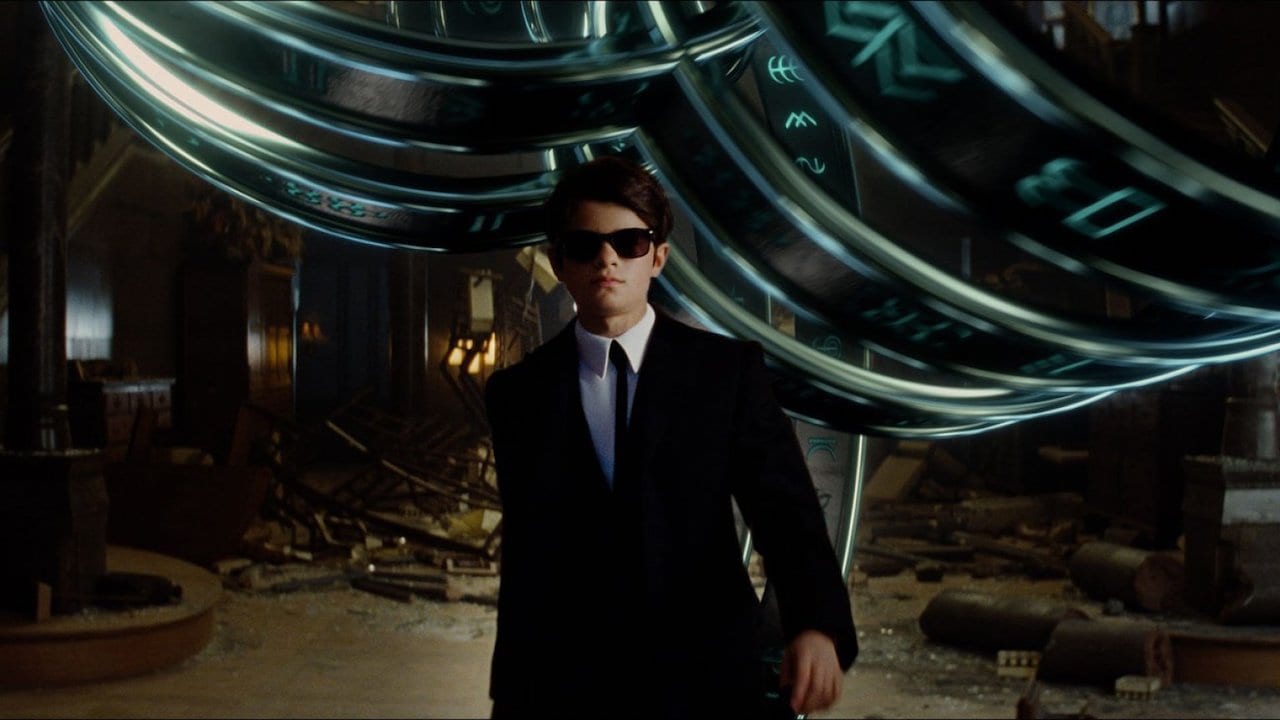 For some reason, Mulch is treated as a main character and actually narrates the film. This is very annoying, distracting, and, at times, he actually interrupts the action, and any possible character moments with it. As an actual character in the main story, Mulch is a criminal for tunneling into places he shouldn’t and taking things. Like most of the film’s characters, they take too long to introduce him and don’t build much of a strong character. He claims to be friends with Holly, a fairy who works for a kind of magical CIA that works to keep the magical world a secret from us ordinary folk. Again, without knowing the books, this film very much looks and feels like a Harry Potter rip-off. Anyway, he doesn’t have any chemistry with Holly at all, and it hardly feels like they’ve met before. This also doesn’t amount to anything in the long run. At one point, Holly is in mortal danger, and it’s Artemis who helps her, not Mulch, despite him also being present. That being said, her friendship with Artemis isn’t very well developed throughout the film either. The film has a “Martha!” moment, albeit to a lesser degree, when Holly tells Artemis that her father is considered a criminal, but she doesn’t see him that way. This is exactly how Artemis feels about his father; thus, the two are friends. The end. I’m not saying this couldn’t have been a good bonding moment for the two characters, but it kind of comes out of nowhere, and they pivot from being enemies to allies just like that. In general, I’m tired of a character’s motivation surrounding the innocence of a parent, wanting to prove it, and being vindicated in the end. This is also a problem I had with Rayla in Book 3 of The Dragon Prince. A person doesn’t have to have good parents to be good, and vice versa. I find this type of storyline very unsatisfying. At least Artemis is trying to save his dad from kidnappers, but Holly just wants to check that her dead father never did anything illegal. 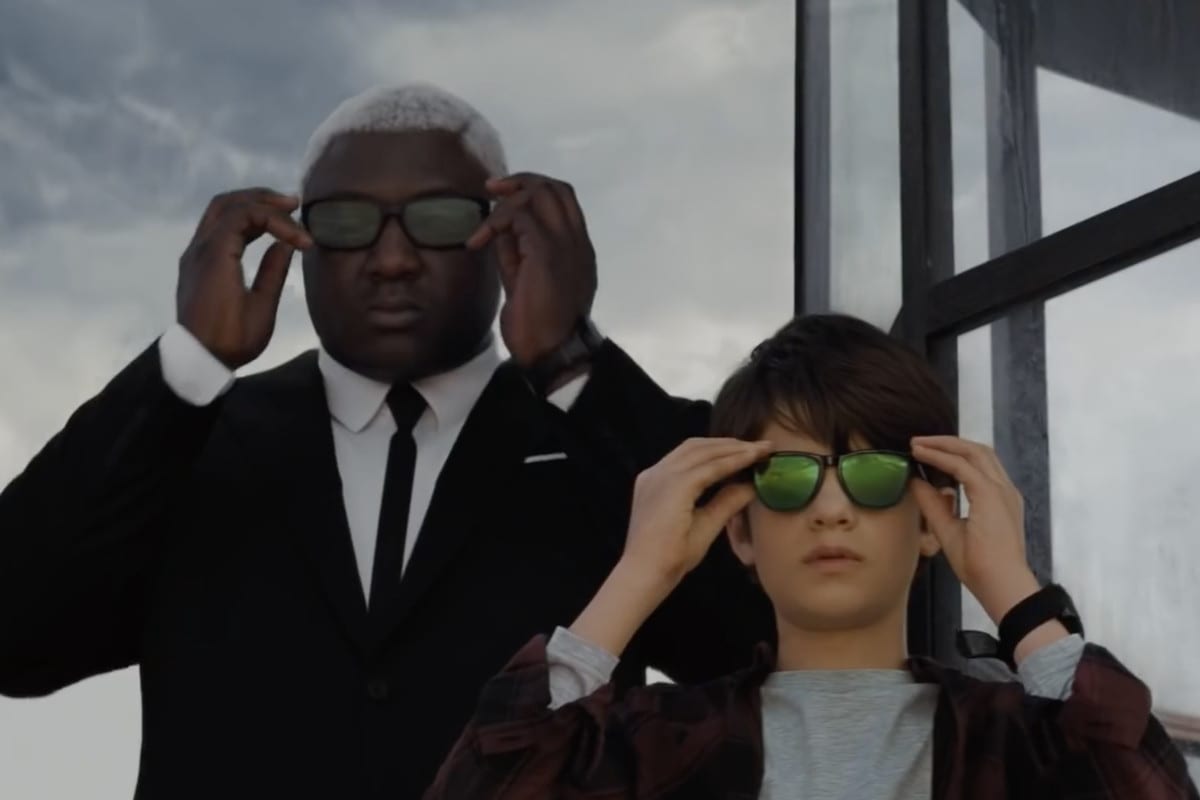 Despite Artemis’ first scene taking place during what I believe is a therapy session for him (the film isn’t very clear on this,) this never comes back into play. There’s no indication that Artemis acts out because of some emotional trauma. While the therapist asks about his mother, she is never mentioned again. Directly after that, Artemis is cross with his father for having to leave on business. This is the entire relationship between the two, and all we know about Artemis Sr. Basically, Colin Farrell is playing the same well-meaning but flawed and somewhat absent father Disney has been typecasting him as of late (Saving Mr. Banks, Dumbo). Judi Dench here reminds me a lot of her role in Cats as Old Deuteronomy, and she’s playing a gender-bent character here, too! I love her, but I honestly think she may be losing it in terms of choosing her roles. Root is a hard-edged military commander facing opposition on all sides, and who is on the verge of losing her command. This never feels like a legitimate threat, and her relationships with Holly and her other charges feel empty and hollow. She forbids Holly to find information about her father to prove his innocence, and this isn’t really justified emotionally or logically within the film. She also does an annoying voice; I don’t know why this film thinks its magical creatures have to sound like life-long smokers. Nonso Anozie as Domovoi Butler and Tamara Smart as his niece Juliet add very little. I thought Anozie was serviceable in Game of Thrones, and I loved him in Cinderella, so I can only assume he was given bad direction. Juliet is introduced as one of the main characters, but she does very little and undergoes no character arc. Domovoi is just a butler (Get it? He is a butler, and it’s also his surname? Bet they thought that was real clever.) who knows about magical creatures. He almost dies, and it’s not emotional at all because we don’t really know or care about him or Artemis. Almost immediately, Holly’s magic is restored, and she saves him just like that anyway.

The magic system in Artemis Fowl is very confusing and not explored at all. As I mentioned with Holly, her magic can be given and taken away by her superiors in the army (police? I don’t understand this organization either). Does this mean fairies don’t have innate magical abilities, only ones granted by their service to institutions? Or does she have her own magic which her boss can somehow take away temporarily to control her? Am I having a stroke right now? Who knows!? The ways the fairies use their magic doesn’t always make the most sense either. There don’t seem to be any rules about saving people from death, which seems a little convenient. When they do a time freeze to keep themselves from being seen by humanity, time and space seem to collide, causing chaos and significant danger to those around them. The film doesn’t question the responsibility of wielding such an ability, or whether it should even be done. They just do it, and bad stuff happens. Goblins (which look like taller versions of the Harry Potter goblins) can create fire and are immune to it unless you plug up their noses, for some reason. There are also entire stretches of the film that I can’t make sense of. In the end, Mulch reveals that Artemis had him arrested so he could explain what happened and then be rescued by Artemis. I can’t even begin to express how confusing this is to me. Why would someone have to be arrested to tell of events that happened? And why does everyone need to know this anyway? The film lacks any real sense of conflict, and we never find out who the villain is anyway, let alone what the Aculos actually does that would make everyone want it so badly. They just say it can’t fall into the wrong hands or bad stuff will go down. Okay, I guess. I will say, on the positive side, that this movie has a lovely musical score by Patrick Doyle, who I like a lot in general. He also scored Cinderella, Brave, Harry Potter and the Goblet of Fire, and many other films. Visually, you can tell this film was very expensive and worked on by a lot of people. Still, the design work isn’t very impressive. Everything is green or blue, and it’s all very drab. This might be a good movie to put on while you take a nap. 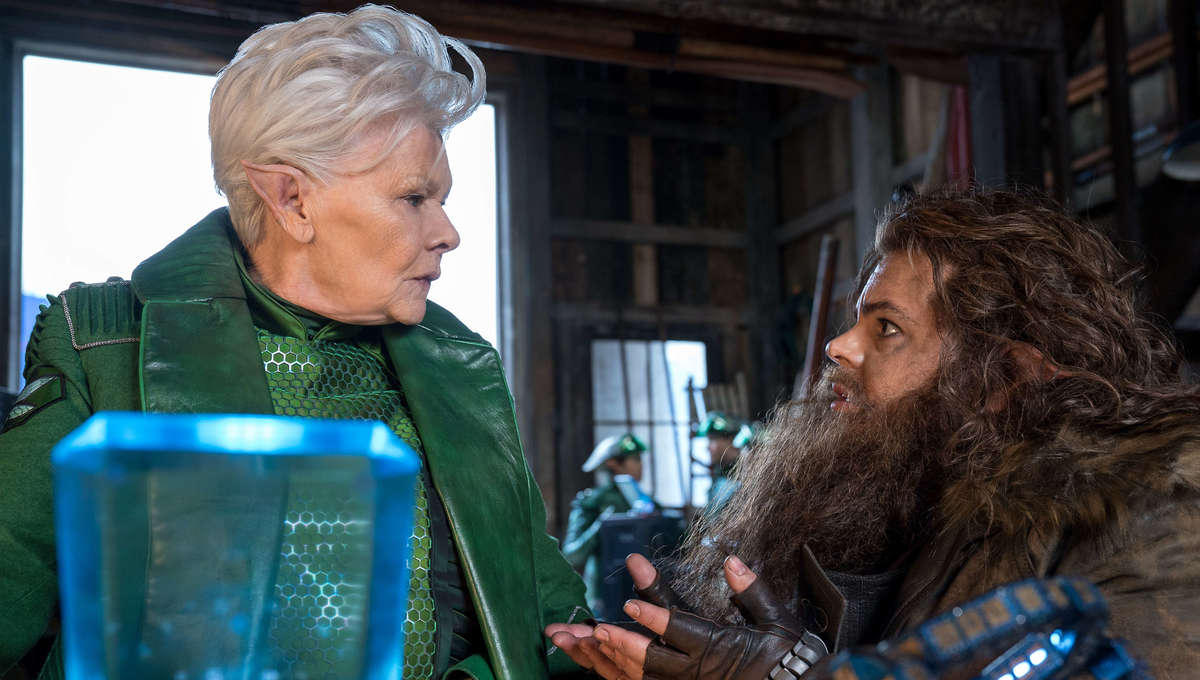 Overall, I’m disappointed. Not really in Disney or the YA genre, who have both failed many times before. I’m not even disappointed because I thought Artemis Fowl would be good. I’m disappointed at all the wasted talent, both in front of and behind the camera. From Henry V to Dead Again, Mary Shelley’s Frankenstein to Hamlet, Thor to Cinderella, I’ve always enjoyed Kenneth Branagh’s films before. He always had such a respect for his source material, whether it was Shakespeare or a comic book. Part of me doesn’t even want to believe he made this movie, which is such a shame. Same for the actors; while I don’t know anything about the kids, all of the adult actors could and have done better than this. Artemis Fowl stands as a monument to Disney’s hubris in the search for their very own Harry Potter — something I don’t believe they’ll find, and for which they should stop looking.