One year ago, I sat down to write the review for Avengers: Infinity War, a movie so tremendous that I had my doubts Marvel Studios would be able to successfully follow it up when the time came. Today, my doubts were put to rest. Avengers: Endgame is the 22nd film from Marvel Studios, the accumulation of the MCU to date, and will leave you feeling like you’ve reached the end of a long-term relationship.

Avengers: Endgame has the most emotional start to any comic book movie that I’ve ever seen; it is set 23 days after “the Snap” and quickly takes a surprising direction. We follow our heroes’ journeys since Thanos erased half of existence as they are reunited with Paul Rudd’s Ant-Man and Jeremy Renner’s Hawkeye. Emotions are high, with grief, regret, remorse, and anger all at play. Whilst some have kept it together, some have lost their way, and others have tried to move on. A clear mission is set within the first act, and you’ve seen it in the trailers: what has been done by Thanos must be undone. How the remaining heroes decide to take action elevates the MCU to new heights and unexplored territory. Marvel Comics have an extensive library from which Marvel Studios can draw ideas; do not be surprised to see more of this in future movies. Source material from the Infinity Saga is utilized, but not as prominently as it was in Infinity War. If you enjoyed Infinity War and Endgame, I highly recommend reading the Infinity Saga.

The original cast is the focal point of the story in Avengers: Endgame, and rightly so; it has been eleven years since the release of Iron Man, and it’s only right that this chapter of the Marvel Cinematic Universe ends with them. The movie brings all the characters full circle in what I can only describe as an epic emotional roller coaster ride. Between the doom and gloom, there are some funny moments supplied by Hulk, Ant-Man, and Thor; however, this takes nothing away from the integrity and seriousness of the film. We also have some cameo appearances from those of Marvel Studios movies past, but you’ll have to watch the movie or read spoilers to find out who made the cut.

The final act of Avengers: Endgame is intense and will keep you guessing until its final moments. It’s rare that I shed a tear or two during any movie, but Endgame is one of those exceptions, and I found it impossible to hold them back. There is a legendary battle that makes the fight in Wakanda from Infinity War look like your average superhero scrap, and as I watched intently, I could feel my heart pounding with excitement and fear. The scene reminded me of the incredible battles in The Lord of the Rings and 300, just on a smaller scale. There are some surprising moments in the movie that will have everyone in awe. The conclusion of Avengers: Endgame is beyond anything I could have conceived, the most emotional ending to a film that I have seen since Logan. 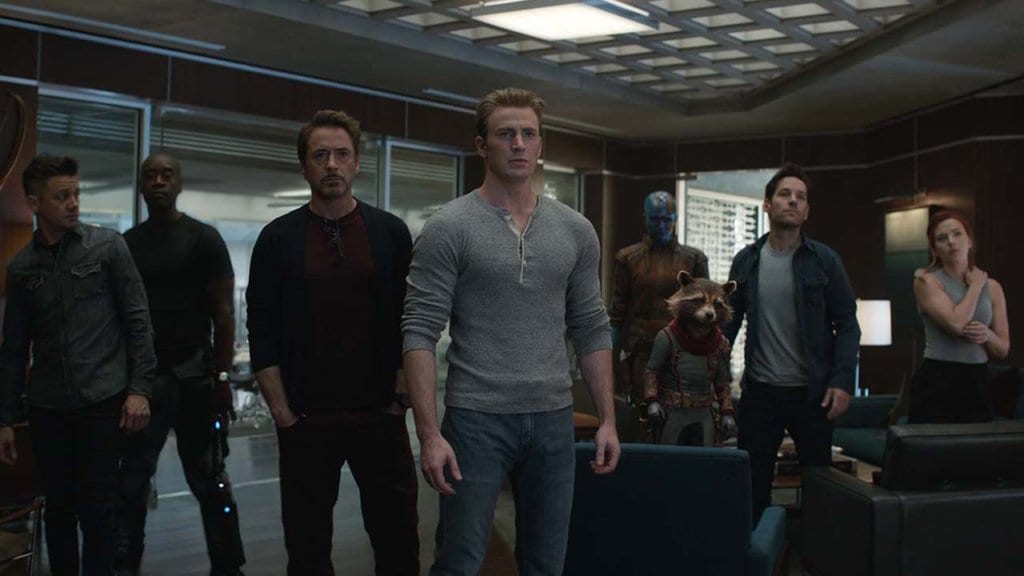 Avengers: Endgame left me emotionally drained, with my heart lying in pieces on the theater floor. I was satisfied as a comic book fan and as a film fan. If you are invested in these characters and the story, your heartstrings will not be tugged, but grabbed. Any complaint I could muster about Endgame would be nitpicking; sure it has some cheesy moments, but nothing that hurt the film. Despite the movie having a run time of 3 hours and 2 minutes, it honestly felt like I’d only watched a movie with an average run time; it simply did not make any difference, and I was left wanting more. There are no post-credits or end-credits scenes; there is something a bit intriguing at the end, but nothing I feel is worth sticking around to experience.

Avengers: Endgame closes a chapter on what has been an overall successful run of 22 films. It has elevated the MCU to new levels and is possibly one of the best comic book movies you will ever see. Where this franchise goes from here is surrounded by mystery and speculation; things are certainly going to get more interesting with the new additions from Fox like the Fantastic Four, the X-Men, and everyone’s favorite Merc with a Mouth, Deadpool  (yes, Deadpool is 100% confirmed to continue with his witty and violent ways). We do know that Spider-Man: Far From Home swings into theaters this July, and Marvel Studios currently has three untitled movies to be released in 2020, three set for 2021, and another three in 2022. There are also dates for comic books movies previously reserved by 20th Century Fox; however, it is unknown if these dates will be retained. There is still speculation about whether Marvel will take over Hall H for this year’s San Diego Comic-Con or if they’ll wait to Disney’s D23 Expo; either way, expect more details on the future for the MCU to be revealed this summer.