“How it is With Brothers” opens with Michener comforting Tiago over the loss of the third murderer, not knowing him to be Tiago’s brother. The Chief gives them the first shot at questioning the man they brought in. While Michener goes to get a drink, the boy calls Tiago on his lie about not knowing who Mateo is. Meanwhile, Sister Molly’s mother tells her she’ll have to choose between God and Tiago, that the church will make her choose. At the beach, Councilman Townsend drools over Kurt. They discuss what they love and hate about L.A. Dr. Craft informs his wife that he wants a divorce and will send her to a sanitarium to treat her alcoholism. In return, she tells him she knows he’s weak and insults Elsa. Tiago and Michener’s witness continues being unhelpful as he taunts Tiago about knowing Mateo is his brother. Mateo’s mother Maria comes around, and he tells her she’s unwelcome. Michener realizes that Mateo is Tiago’s brother, and the man in custody is innocent. Tiago tells Michener it must be easy for him as he has nobody, greatly offending him. They go back into the room with their charge, and Michener tells him about his childhood to convince him to claim both murders. He does so, pleasing the Chief and calming Tiago. 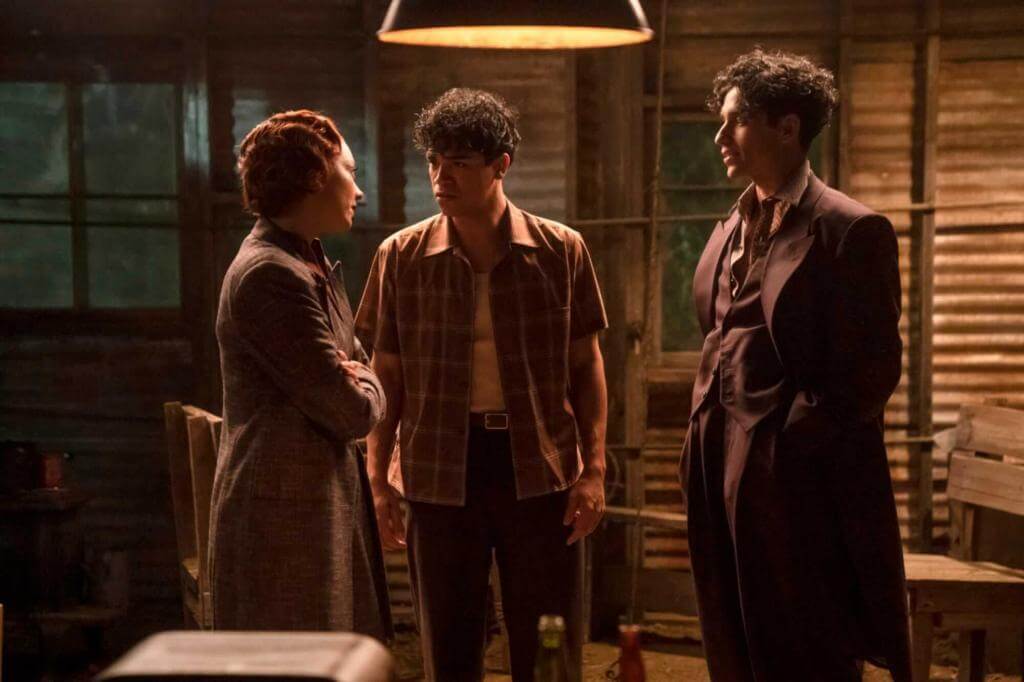 “How it is With Brothers” is a wild ride from start to finish. The most exciting subplot is undoubtedly Michener and Tiago questioning Mateo’s friend. Of course, Tiago is in a tough spot, knowing his brother will suffer dire consequences for his actions. As he says in the episode, he also feels partly responsible for Mateo’s choices, feeling like he provoked him by becoming a cop. However, I found this sense of responsibility unjustified. Mateo seems to be an adult, and he was warned by both of his brothers not to engage in these violent groups. I realize that, like many of the series’ major characters, Mateo is being manipulated by Magda (in the guise of Rio). However, just as we wouldn’t excuse Councilman Townsend’s actions, for this reason, Mateo committing murder isn’t okay regardless of the supernatural forces at work. I understand that Mateo is Tiago’s brother, so they want to play up the drama. Still, I’m finding Tiago less and less likable as a result. Even Raul, the union brother who was most opposed to Tiago becoming an officer, has been completely reasonable since he was shot. But Mateo is utterly despicable, and Tiago is arguably worse for pinning his brother’s crime and a seemingly unrelated one on his friend. “How it is With Brothers” may be the most interesting episode yet, as now, I’m not really sure who the good guys are anymore. Tiago started out as a champion for his people, defending them from police brutality and unjust convictions. But now he’s doling out charges to the innocent to protect his sniveling, murderous little brother. I can’t believe Michener did this, either. The way he talked to the boy they had in custody and condemned him for life to appease his partner is just wild to me. Honestly, who are we supposed to be rooting for on this show? 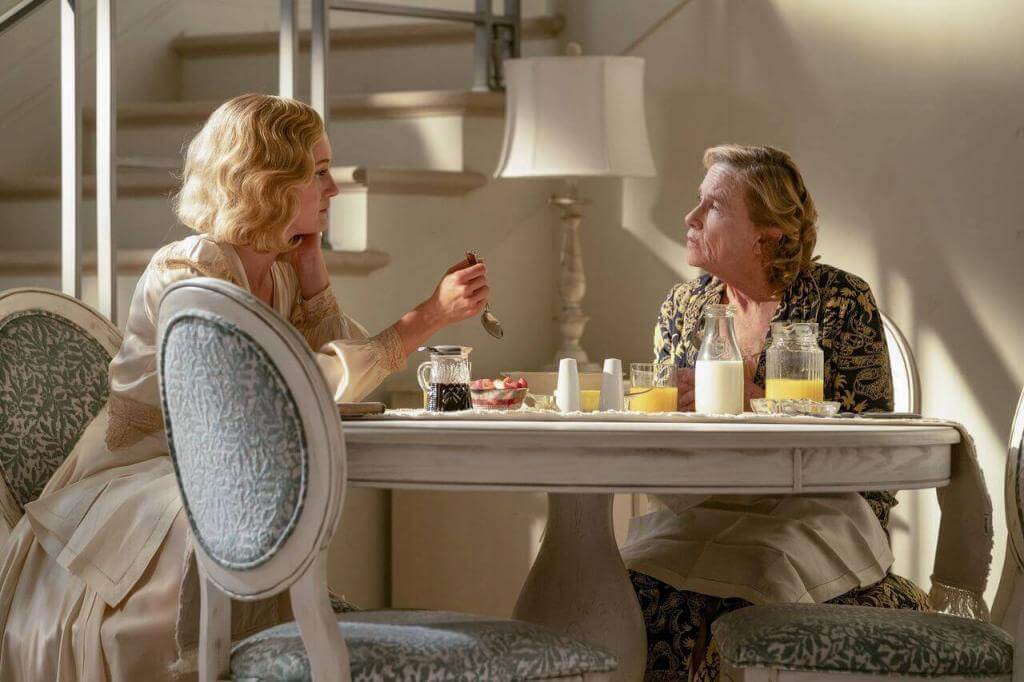 Sister Molly’s mother, played by Amy Madigan, is a character I hate more every week. I know women didn’t have as many options in the 30s as they do now, but I wish Molly could move out and get away from her mother’s control and her bodyguards. The speech her mother gives about being selfless and giving up what you want for the sake of the church reeks of hypocrisy and BS. It’s so clear that what she really wants is her daughter to work as her personal cash cow, and she sees marriage or any kind of a personal life for Molly as a threat to that. She’s a perfect foil to Tiago’s mother, Maria, who only wants the best for all her children. I found it interesting when Maria tracked Mateo down and offered him unconditional forgiveness, similar to that of God, which she mentions. This should be precisely what he needs to convince him to go home and do better. Earlier in the episode, he even laments to Rico and Rio that he regrets committing the murder and feels sorry for their friend, who takes the fall for the heinous act. I suppose he lashes out at his mother and pushes her away because of his guilt over his actions, but I don’t get it, and much like Tiago, I find it very unlikable. Why not accept Maria’s gracious offer of forgiveness, as well as that of his God? Why choose to continue on this murderous path rather than try to do better? And they show him agonizing over the decision; you can tell he’s considering going with his mother. So I don’t think this is a case of Rio/Magda exerting control over him. She seems to be the one who gets the humans into trouble but doesn’t tell them what to do. 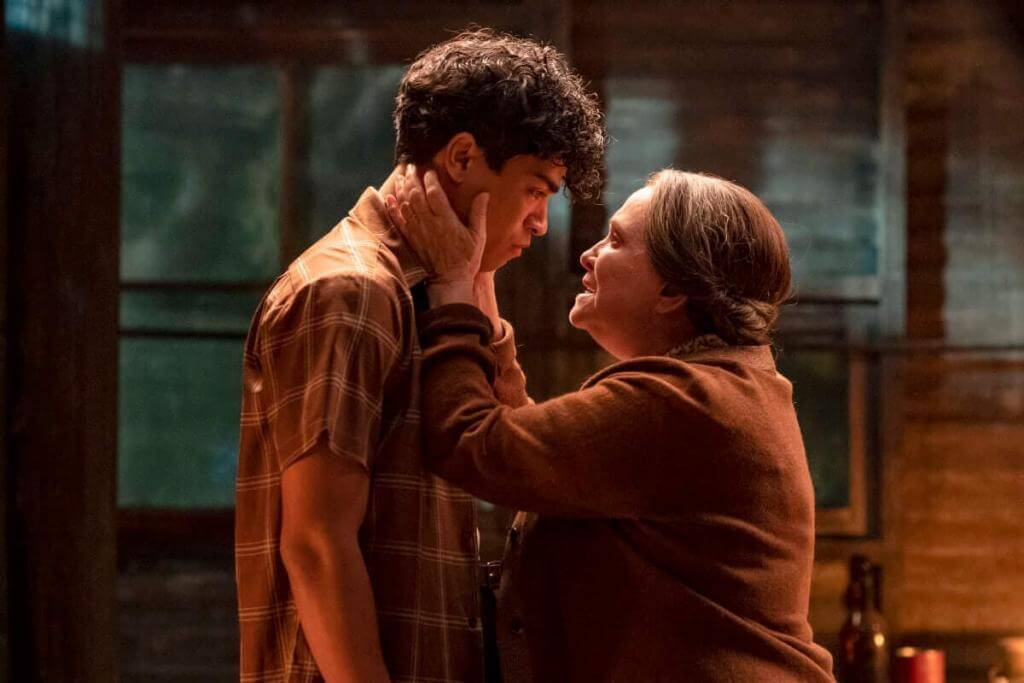 While I kind of like Councilman Townsend’s line about how you can be anybody in L.A., not much happens with him in “How it is With Brothers.” This is okay, because Tiago being a horrible, selfish man is clearly the focus of the episode. I was fascinated by the exchange between Dr. Craft and his frigid wife. I’ve hated her from the beginning, but then again, he’s also an actual Nazi. So, much like Councilman Townsend, I don’t really understand what they’re trying to say with these characters. The way he so quickly tosses his wife aside for Elsa, insisting that he’ll get custody as he’s a doctor and she’s an alcoholic, is really cold. What he says is accurate, and I don’t really feel sorry for his wife, but it makes you question if he ever valued their marriage at all. I also don’t really like how he shows visible fear after she mentions knowing the real him. I love Rory Kinnear, and he’s good in this role; I just don’t think he should be willing to show his vulnerable side to a woman he’s dropping like a hot potato. I also wonder what Magda’s goal is with Craft; most of the people she manipulates are either violent or politically powerful. It’s easy to see that with them, she seeks to cause violence and chaos. But how does separating a doctor from his wife matter at all to her?

Overall, “How it is With Brothers” is okay. It’s probably my favorite episode of City of Angels so far, as well as the most disturbing. I’m still sort of indifferent to the show, but let’s see where it goes from here.