In “Maria and the Beast,” Tiago’s mother Maria sees Magda in the street when she rides the bus. Molly says she’ll take Tiago as he is, and they again hook up. Michener photographs Brian talking to the Nazis. Dr. Craft tells the boys about their mother going to the hospital and welcomes Elsa and Frank into the home. Elsa asks for Frank and Tom to room together and for Trevor to take Maria’s room, an arrangement to which Maria reluctantly agrees. Michener shows Brian the photo of him with the Nazis, confronting his lies. Michener’s friend Dottie tells Brian about her childhood and the Yiddish theater she loved, which was burnt down by anti-Jewish radicals. Brian agrees to help them and stay away from the Nazis if Michener can protect him. Councilwoman Beck approaches Alex in the restroom and asks why she backs Townsend, someone so “devoid of worth.” Mateo finally speaks to Josefina, telling her he did “something bad.” She says she loves him no matter what, but once she starts talking about God and religion, he realizes he can’t really speak to her about what happened. Dr. Craft insists to Maria that she’s still a vital part of the family and that he and Elsa will need her help. Michener tells Tiago about his anti-Nazi operation and expects his help in exchange for getting Mateo off the hook. Maria comes home and prepares a big dinner. Josefina plans to go to Sister Molly’s temple instead, angering and offending her mother. Elsa suggests that it’s bad for Maria to teach the boys Spanish and feed them Mexican foods, but he brushes it off. Frank asks to sleep with Tom and kills his pet hamster. Tiago and Lewis see Sister Molly’s mother and Councilman Townsend meeting with the Nazis. Santa Muerte appears to Maria, who asks her why Magda is going after her family. Magda shows up, encouraging her sister to answer the woman. Santa Muerte leaves, and Magda challenges Maria’s faith. Maria invokes her children and banishes the demon from her home.

“Maria and the Beast” has some interesting elements, but I find it concerning that we only have three more episodes this season, and the show’s themes and characters haven’t gelled at all. Of course, this is completely subjective, but the subplots centering on Nazis and those following the Mexicans of Sonoratown feel entirely separate. The big tie-ins are Maria being Dr. Craft’s maid and Tiago being enlisted to help his partner spy on Nazis, but it feels like the various characters and stories are taking too long to congeal. While the show touches on the supernatural, it feels like an afterthought. I still don’t know what they’re trying to say with the character of Magda and her alter egos. Natalie Dormer is absolutely killing it as the four visages of the demon, but her MO seems to be “hurt people at all costs.” I don’t get what her endgame is or how causing all this chaos benefits her. I’m not sure the main antagonist’s motivation is the best detail to mask for this long. With the show’s supernatural elements relegated to the background and end of most episodes, the main themes that emerge are family and racial injustice. These are both fine and potentially interesting ideas to dig into, but the show’s exploration of ethnic divisions in 1930s Los Angeles is just too much for me. It’s so on the nose and obvious in the comparisons to Trump and our current societal woes that it just annoys me overall. The scene with Alex and Beck in the bathroom got on my nerves in particular. Councilwoman Beck asks Alex if she intends to elect an unscrupulous, racist demagogue to this nation’s highest office. Doesn’t that sound familiar? I wonder what they could be talking about? I just don’t enjoy writing like this. Shows like Penny Dreadful: City of Angels are written to ensure that even the densest, most unaware viewer can pick up on its messages. But honestly, if that’s their goal, they still don’t have to lay it on this thick. It’s also a strong departure from the original Penny Dreadful, which was much more character-driven and kept its subtext as just that. 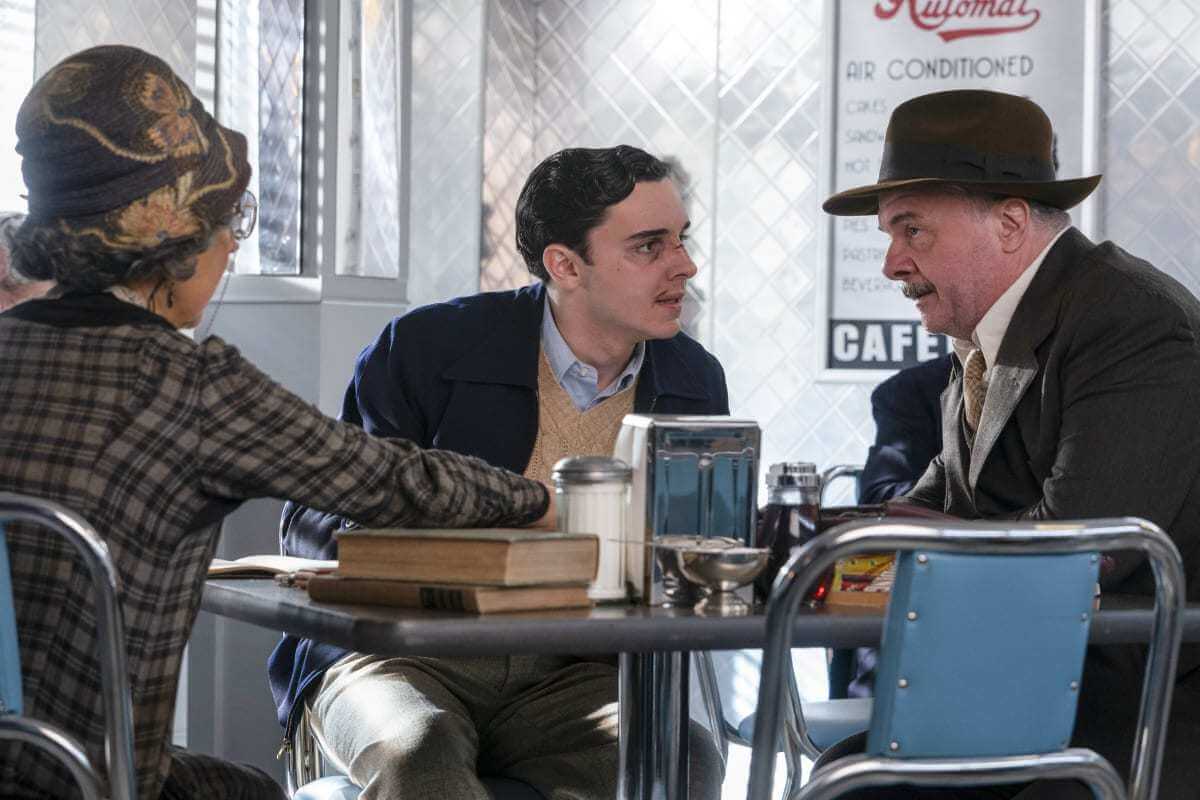 This being said, there are parts of the show, and “Maria and the Beast” in particular, that do work. While Natalie Dormer is a regular stand-out performer, Adriana Barraza as Maria shines in this episode. She’s been the main thread tying the show’s three parts together for much of the season; unlike most of the cast, she’s keenly aware of La Muerte and Magda’s existence. She’s also the matriarch of the Vega family and the maid/caretaker for the Craft family. This also introduces an interesting side of Dr. Craft; he’s a Nazi and would seem to have hatred for the Jews, but he has no problem employing Mrs. Vega and considers her a member of his own family. I realize it’s possible to be racist against one group and not others, but I think this dynamic opens the door for Peter to change. I also found the conversation between the Nazis and Kurt, the man they’ve been having spy on Townsend, quite interesting. He talks about Townsend as though he reciprocates his tenderness, which is, again, a possible way to humanize an antagonistic character going forward. I’m not saying I want the Nazis to be nice people who just happen to be murdering racists, but some complexity here would be good. 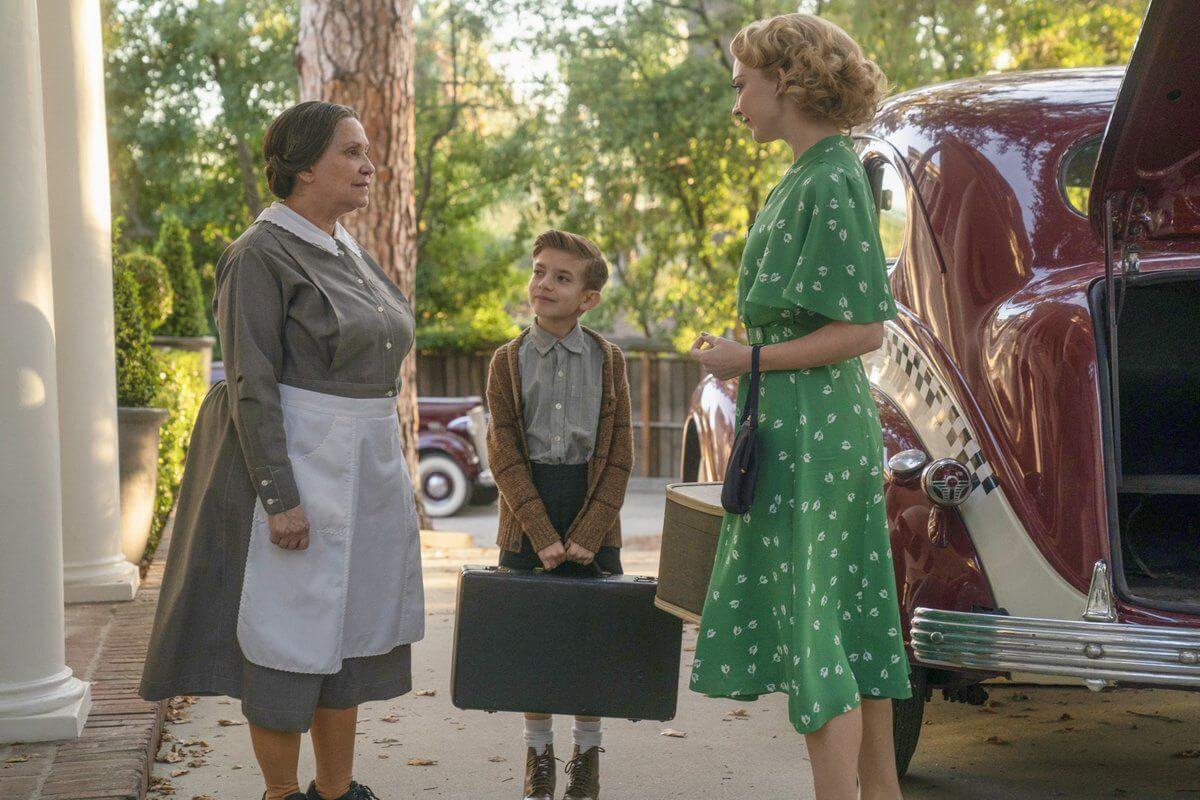 Of course, I can’t say that about Tiago and Lewis, who are extremely complicated characters who do both good and awful things. I wonder where Tiago’s relationship with Molly will go, especially as her mother implied that she would have him killed like Haslett. Her meeting with the Nazis in this episode points to a possible means to have committed such a crime and to potentially repeat it. I’m also interested in the clash of beliefs between Josefina and Maria. I’m inclined to “side” with Maria, being that her belief system is an ancestral one, and Josefina is essentially buying into snake oil sold by a woman who isn’t as pure as she says. City of Angels has some interesting facets, but this far into the season, they just haven’t meshed yet.