In “The Eye of Pincosta,” Rapunzel and friends come upon the Hamlet of Pincosta, the next stop on their journey. Eugene doesn’t want to go there and reveals that it’s because he’s wanted in Pincosta. Rapunzel insists that they continue onward, saying that nobody will remember him anyway. Before long, someone does recognize Eugene, and they all end up in jail. Rapunzel makes a bargain with the constable that she’ll find the Eye of Pincosta, a diamond Eugene stole from them, in exchange for his freedom and that of their friends. Eugene tells her that Stalyan, his ex-fiance introduced in “Beyond the Corona Walls,” was his partner in the heist and is the only person who might know where the diamond is. Rapunzel locates Stalyan, who is able to guess that she needs help saving Eugene. At first, she declines, but Rapunzel offers to pay her and not reveal her as a hustler to fellow bar patrons. After Rapunzel stops Stalyan from stealing a horse, the two are off in search of the jewel.

Stalyan informs Rapunzel that it’s a three-day walk to the jewel, but they only have two to save Eugene. They decide to take a makeshift boat, and Rapunzel saves Stalyan from falling down a waterfall. They arrive at Goodberry’s Tents, the supposed location of the Eye. After defeating his guards, they ask Goodberry about the jewel. He refuses their request, but his fighters quit, and Rapunzel offers herself and Stalyan in their place. He agrees that if they win against the challengers, he’ll give them the Eye. However, Stalyan steals it, ties Rapunzel up, and leaves. That night, Rapunzel faces off against the challenger, Malice. Meanwhile, Stalyan finds a note from Rapunzel in her cantina: Rapunzel states that she knew Stalyan would betray her, but that there’s good in everyone. She implores her to do the right thing in the end. Malice is beating Rapunzel at first, even evading Pascal’s attempts to help. But Stalyan does indeed show up, and together they defeat Malice. They head back, and Stalyan says she can understand why Eugene chose Rapunzel because she sees the best in everyone and brings it out. Stalyan takes the payment she was offered but buys Rapunzel a new frying pan after hers was destroyed.

“The Eye of Pincosta” marks Stalyan’s first appearance since “Beyond the Corona Walls,” and the return of Yvonne Strahovski as her voice actress. I like this character’s design, and Strahovski does a great job in the role. That being said, I’m surprised they elected to redeem her in her second appearance after her behavior in the season opener. I think turning Stalyan good is a fine idea, as she seemed more self-interested than straight-up evil to begin with. It just feels like this all came about rather quickly, to show her as an antagonist in one episode and redeemed in the next. It’s difficult to accept a heel face turn like this when it takes place in such a small amount of time. How do two conversations with her ex’s new girlfriend constitute this change of heart?

Lance doesn’t do a whole lot in “The Eye of Pincosta,” but his attempt at humor is somewhat annoying. Right after Eugene is imprisoned, Lance goes back and forth between telling him he’ll break Eugene out of prison and staying he’s just joking. I’m not sure if kids would find this funny or not, but at least to me, it was a real eye-roller. Cassandra, Shorty, and the rest of Rapunzel’s friends are all but nonexistent in this episode. That being said, I’m okay with “The Eye of Pincosta” focusing on Rapunzel and Stalyan; I just would have liked to see more of them together before Stalyan cites Rapunzel as this huge inspiration. It seems like the overall narrative is going to continue on its disjointed, unfocused path from before the hiatus. I’m disappointed, but not surprised. 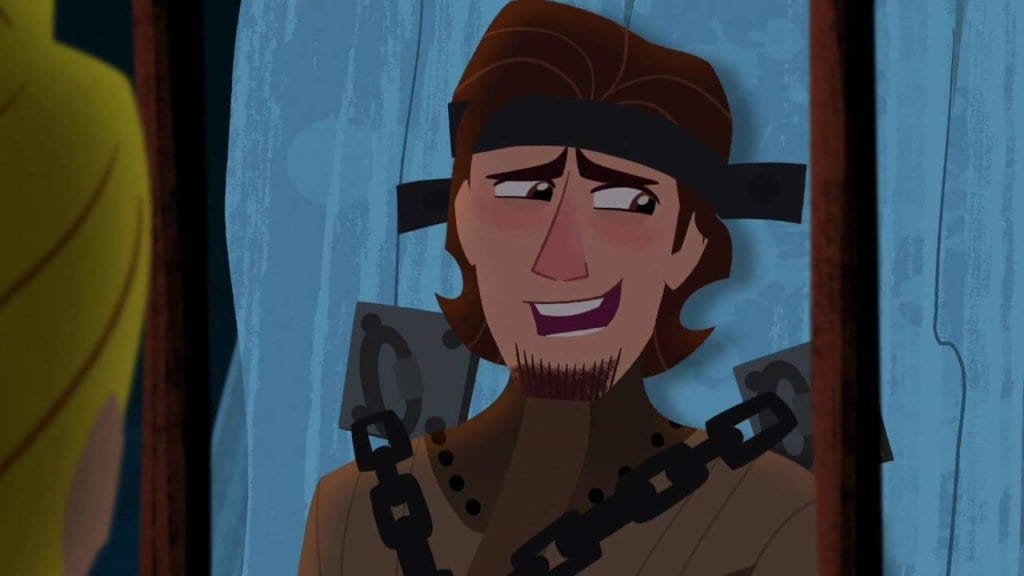 “The Eye of Pincosta” is yet another episode of Rapunzel’s Tangled Adventure that lacks a musical number. The score is pretty forgettable overall, but it’s not bad. I like this show’s animation style, but nothing all that interesting is done with the visuals this week. Rapunzel’s cape looks very similar to Anna’s in Frozen, and I assume that’s not a coincidence. The voice acting is fantastic, as usual. However, one thing that has been bothering me about this series is its characterization. It feels like Rapunzel and Eugene have both been reduced to generic stereotypical aspects of their respective characters. You can say the same for new characters in the series like Cassandra and Lance, but it’s less noticeable because they weren’t in the original movie. Rapunzel is one of Disney’s most complex protagonists, and Eugene’s character development is fantastic. Their personalities and their romance have been cheapened by the second season of the TV series, and honestly, I’m not sure why. A TV show gives you more time to develop things like this, and yet it feels like they’re regressing both characters and their dynamic.

Overall, “The Eye of Pincosta” is an extremely mediocre episode of Rapunzel’s Tangled Adventure. They have an interesting concept here of pairing Rapunzel with Eugene’s combative ex to save him, but the execution is uninspired. The comedy, drama, and sense of adventure in “The Eye of Pincosta” is flavorless and forgettable. I don’t know what to make of this series because I want to like it, and sometimes it’s pretty good. However, in spite of being based on such a great movie and having the original cast back, it produces so many lackluster episodes like this one. It feels like the showrunners just don’t have a defined plan for this show in mind. Because they don’t know what they want the series to be, it’s extremely inconsistent and, ultimately, unsatisfying. I’ll continue watching Rapunzel’s Tangled Adventure out of curiosity and because I love these characters and this cast, but any improvement here seems to be on a week-to-week basis, unfortunately.