“So Long and Goodnight” is one of those episodes. There’s nothing particularly wrong with it (outside of the blander than low-fat mayonnaise villains); some important plot reveals even happen. But it never captivates or entertains the way The Flash usually does, content to be connective tissue linking what came before with what will come later. It’s an underwhelming episode to herald the return from hiatus, but that’s more the fault of the pandemic than the show.

As Joe’s investigation gets closer to Black Hole, Joseph Carver hires a familiar face to kill him. Singh wants Joe to go into the witness protection program, while Barry worries he won’t be able to protect him now that he’s losing his powers for the millionth time. Ralph enlists Cisco’s help in infiltrating a bank’s investor brunch to find Sue Dearbon. Iris makes progress in escaping the Mirror Universe. Nash and Allegra remind us that they exist.

The best thing about “So Long and Goodnight” is that it centers on Joe, who feels like he’s fading into the background of late. He’s been working with Singh to dismantle Black Hole and its network of conspirators, but he’s drawn their attention in the process, and they want him gone. It feels like the writers of The Flash reminding us that they understand how important Joe is, which is a relief. It’s also a good idea to put him in danger now that Barry can’t save him; in an early scene, someone shoots at Joe, and Barry speeds into the room to catch the bullets, but he can’t reach one, and Joe is wounded. Joe is vulnerable now that he can’t rely on the Flash, as are they all, and throughout the episode, it feels like his number could be up.

This is important for both Joe and Barry because it forces them to face a reality they never thought they’d see. Joe wants to keep fighting, to confront the people who want him dead and show them that they don’t control him. But Black Hole is too powerful, and his every gambit fails; even when he records Carver admitting that he’s trying to kill Joe, Carver uses some sci-fi EMP watch to destroy the evidence. And Carver’s money and resources mean that he has unlimited opportunities to kill Joe, not to mention anyone who gets in the way. It takes Cecile almost dying for him to set aside his pride and go into hiding, sidelining himself for the greater good as he’s advised Barry to do so many times.

As for Barry, “So Long and Goodnight” puts him in Joe’s shoes, as the guy who desperately wants to save everyone, but doesn’t have superpowers. He wishes he could protect Joe, but his failure to stop a bullet meant for his dad forces him to acknowledge his limits. Until his speed returns, Barry is going to need help to protect his family, and in this case, that’s WitSec. Grant Gustin is superb at showing Barry’s heartache at realizing he’s just not enough anymore, and next time, someone he loves could die because of it. Barry’s heart may be his strongest weapon, but it’s also his most glaring vulnerability, and knowing that he can’t help his family hurts him more than any death ray could. 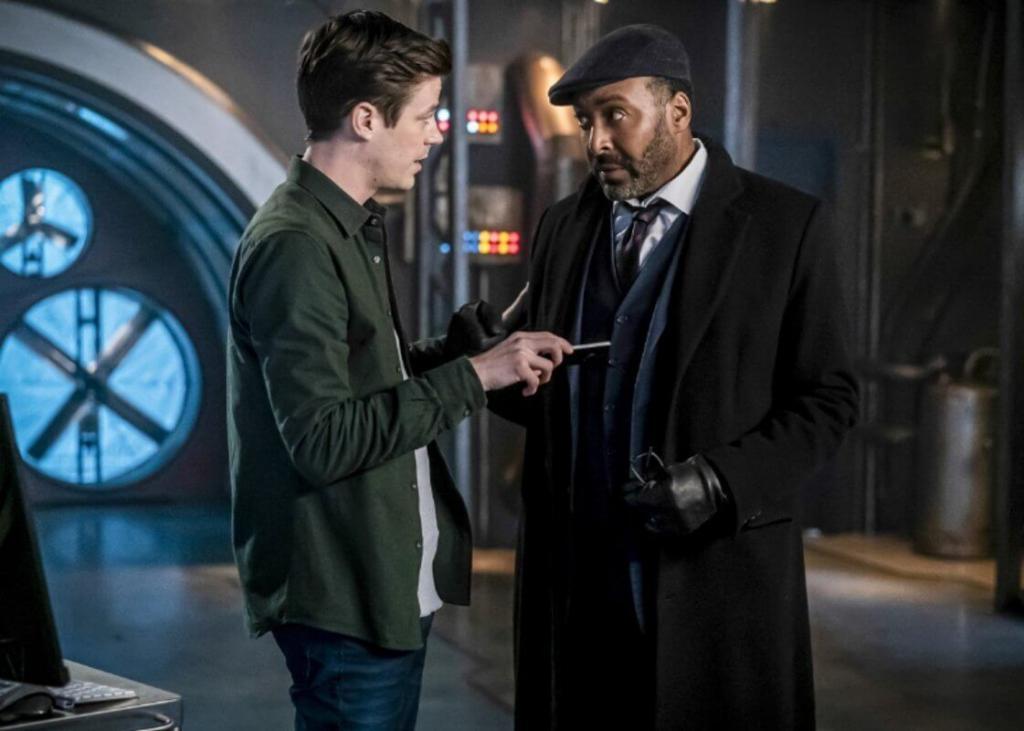 It’s a shame that “So Long and Goodnight” doesn’t capitalize on this like it could have. These emotions are presented as factual (and through the acting), but they’re never expressed in a satisfying way. This would have been the perfect opportunity for one of those patented tearjerker scenes between Barry and Joe, where their love for each other comes through as they fear for each other’s lives, but it doesn’t happen. Even Joe realizing that he has to go into witness protection doesn’t have the heft it should. And Fake Iris kicking Barry out means nothing because we know it’s not really Iris. It feels like the episode is just going through the motions, throwing out these plot points without delving into how it affects the characters, which is what makes this show so special.

Part of the problem is that, like the rest of the season, “So Long and Goodnight” is too cluttered. Aside from the main plot, Ralph’s pursuit of Sue Dearbon resurfaces, and it’s as big a snooze as it’s been since he finally found Sue. She’s not nearly as interesting a character as the writers clearly think she is, and Natalie Dreyfuss overplays her to an embarrassing degree. She doesn’t come off as cool and confident, just arrogant and annoying. Cisco’s involvement helps a little, and he made me laugh out loud a couple of times, but I still don’t care about any of this. Nash and Allegra’s mini escapade seems to function only to remind us of their dynamic and the tension between them, but it has no bearing on anything and just wastes time that could have been spent with Joe and Barry. The same goes for Iris, Eva, and the Mirror Universe. Shouldn’t Iris discovering a way back home be kind of a big deal, as opposed to a quick line she fires off before leaving the room and the episode? Singh being in league with Eva is a surprise, but I can easily see his reasons being noble, so this doesn’t matter much in the long run. He likely believes she’s a victim of her husband (which she is) and not possessing her own agenda. I expect this to be an ultimately meaningless twist. 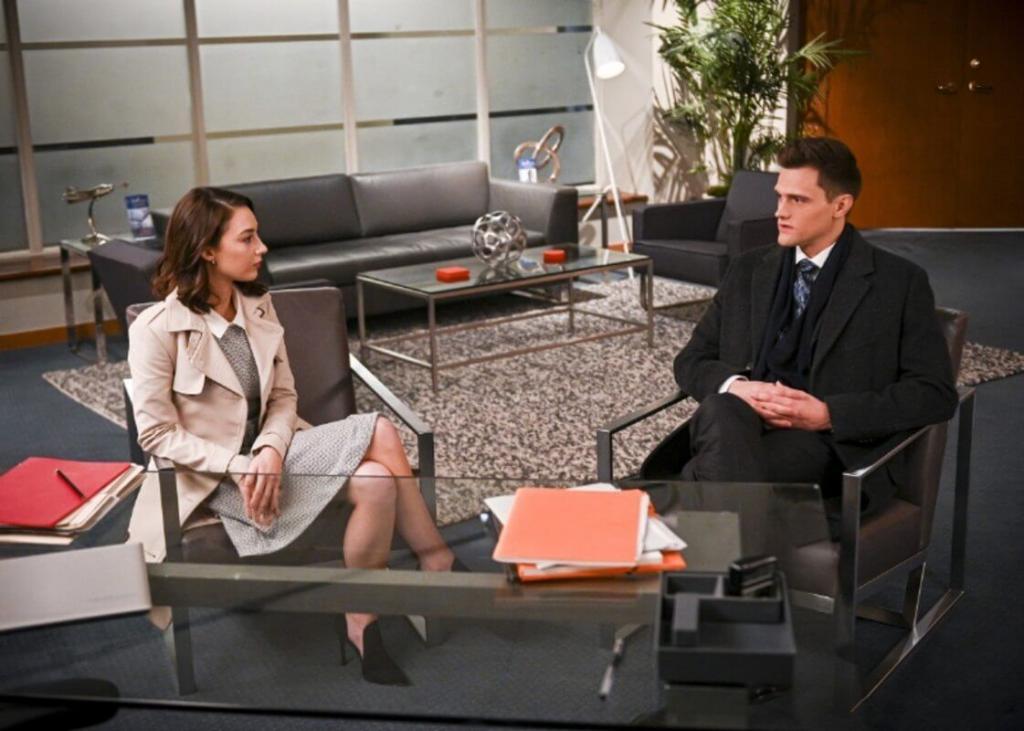 And then there are the villains, something that “So Long and Goodnight” makes clear won’t be getting any better as the season progresses. Black Hole is a neat idea (outside of the name), but Joseph Carver is dullsville, a nobody suit with zero personality or charisma. Corporate bad guys don’t have to be boring; why not give him some color, or at least make him more sinister than he is? Another member of Black Hole appears for one short scene, and he’s a kind of weird gay caricature – everything Singh could have been but isn’t because he was introduced when the show was at its best. The assassin they hire to eliminate Joe turns out to be Rag Doll, a one-note heavy who needs to stop showing up every few episodes. I thought these guys were supposed to have an army of metahumans at their disposal; why are they hiring out to past losers? Eva is much better than her husband and his SPECTRE-wannabe group, but she feels more like the spoiler than the actual villain right now. They got rid of Bloodwork for this crew.

“So Long and Goodnight” is fine and moves the plot along, but it’s an important episode that feels like filler. Major events and plot twists happen, but there’s no weight to them, and the dull subplots and bland villains don’t help. It’s essentially chicken Caesar salad; a few pieces of meat to keep it from being a letdown, but sustenance more than a meal.