Superman: Red Son, Kingdom Come, Gotham by Gaslight; over the years, DC comics has become well known for the very popular “Elseworlds” titles: one-off stories that envision the company’s most popular heroes in bold new ways. So when the CW announced that their crossover for this year would be titled “Elseworlds” and that Superman would return – along with the debut of Lois Lane – I became very excited. The CW’ s crossovers have become something DC fans anticipate every year, each one getting more ambitious than the year before, arguably reaching their apex with last year’s Crisis on Earth X. When it was announced that the Legends of Tomorrow cast wouldn’t be involved in “Elseworlds,” I was disappointed, but I understood. The Legends always seem to be telling their own stories far apart from the other shows. Add to that the difficulty of coordinating four different series and it makes sense. As a result of this, I thought they were going to scale back the crossovers a bit, maybe make something reminiscent of their first.

I should’ve known better because now they are going in a whole new direction with “Elseworlds.” The images from the set were incredibly exciting, including ones showing John Wesley Shipp’s return to the original Flash suit, something that had been alluded to in the season 2 finale of The Flash. Another exciting aspect of this crossover is not only getting 7th Heaven and Teen Wolf’s  Tyler Hoechlin back as Superman – in the black suit no less – but also the implication that we’re going to see him interact with the rest of the Arrowverse. The fact that we’re finally going to meet the Lois Lane of earth 38 – a Lois who looks strikingly similar to Margot Kidder, I might add – is just the cherry on top. When the first promo came out, I was slightly disappointed, if only because I was trying to stay spoiler free until premiere week, but I digress. Ever since “Elseworlds” was announced Stephen Amell has been sharing images promoting the event, the most intriguing one being Gustin in the Arrow costume and Amell in the Flash costume. Foolishly, I thought this was a joke, so when this promo showed some of what would be going on, I was intrigued.

Then there’s Batwoman. I’ll be honest; I couldn’t believe they were going there. To have a superhero with the word “bat” in the title on the CW was a move I never thought they would make. If you’ve seen the animated film Batman: Bad Blood then you know the potential of this character. With the announcement that Smallville’s Caroline Dries would be spearheading a live-action spinoff featuring Batwoman, I couldn’t help but smile. Maybe I’m dreaming, but it seems to be that, with the advent of Titans, the final season of Gotham, and now the arrival of Batwoman, they’re finally ready to open up the bat family proper to live-action television. While I may be in the minority here, I love the fact that in the Arrowverse, Batman hasn’t been seen in three years. This enhances the idea that Batman is “merely” a myth, and it’ll only help Batwoman in the long run. Also, they’ll completely avoid any accusations of jobbing.

I love the fact that Ruby Rose was cast in the role. In point of fact, I believe the CW is darn lucky to have an actor like Rose as their Batgirl. The majority of the CW leads they have often made their bones popping up in a myriad of shows. For Gustin and Benoist, it was shows like Glee (particularly the latter, considering Benoist was a series regular for a time); for Stephen Amell, it was his role in the final season of the critically acclaimed HBO show Hung. Where I feel Rose stands apart from the others is in the fact that, in addition to her role in Orange is the New Black, she has also started taking parts in high-profile action pics like xXx: The Return of Xander Cage and John Wick 2. Usually, roles like these would be stepping stones to either larger films or a premium cable show. Don’t misunderstand; I love the CW. I’ve followed their shows with vigor since Smallville. When it was announced that Arrow and, subsequently, other shows were being greenlit as a part of a shared DC universe (excluding the excellent Black Lightning, which has been confirmed as standing apart from the rest of CW DC universe), I was really excited that I was going to have an excuse to watch the CW for more than just Supernatural. 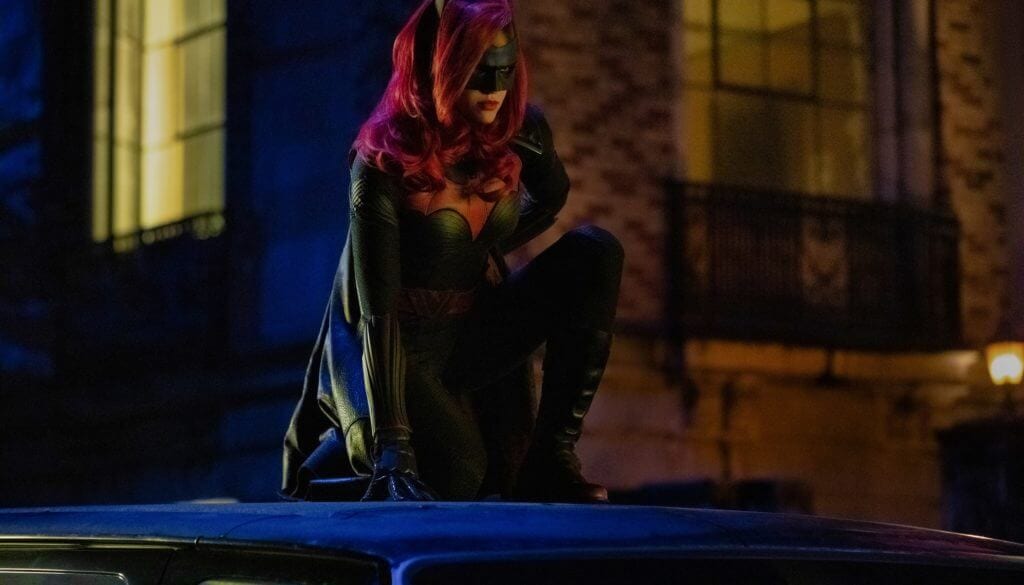 I’m really glad that Rose didn’t let the fact that “it was the CW” put her off of playing Batwoman in “Elseworlds” and beyond. In this golden age of television, it is widely understood that different networks offer different things and no one job is better than the other. Yes, the CW has always had a different threshold for success, with good ratings for their shows often spelling the end for shows on other networks, but the industry understands that doesn’t mean the end products are of lesser quality. The aforementioned Crisis on Earth X, while a lot of fun, may not have been as well received if that story had been put on the big screen as it was presented on the CW. I believe that this is to their advantage and allows them to have more of an “inside baseball” approach, which I love. (The constant Smallville casting nods in the DCEU notwithstanding). I’d be remiss if I didn’t mention Smallville one more time: while Stephen Amell started the Arrowverse, I think it’s fair to say that they owe a great debt to the long-running Superman origin series. Heck, going as far back as the Flash pilot I got serious Smallville vibes (no pun intended). So the idea that they are going to be reusing the original Kent farm from the show makes me smile. It’s good to know the CW is still holding on to Smallville.

The Arrowverse is constantly evolving. Through multiple earths, myriad comic book references and the granddaddy of all superheroes, the CW has proven that you can have a thriving live-action DC Universe. Kevin Smith once said that the mantra of the CW’s DC Universe is heart, humor and spectacle; after six years, five shows and several crossovers, I think it’s safe to say “Elseworlds” will continue to embrace the mantra and bring viewers and readers alike another classic, well, “Elseworlds” tale.