Star Wars isn’t just a fad. For many, it’s an entire culture – a cornerstone in many people’s very identity. That cornerstone, however, has begun to erode for much of the Star Wars fandom, although certainly not by the fans’ design. In fact, you can find fans everywhere clinging desperately to the hope that our beloved franchise may somehow survive the catastrophe that is Lucasfilm under Kathleen Kennedy. Many turned to The Mandalorian, praying that the Disney+ series would breathe new life into our treasured galaxy far far away. However, after season one has come and gone, I feel I can definitively state that, thus far, this show can only contribute to delaying Star Wars’ death. Strong fandoms don’t die overnight; they erode over time. It happens when care is not taken with their intricate world-building.

Why do you love Star Wars? I’m sure you would come up with many reasons. The hope and bravery displayed by Luke, perhaps? The depiction of a scoundrel turned good guy, or the redemption of a villain thought beyond saving? All these things can be correct, but none of them matter if the universe in which they exist doesn’t have rules. If the world you’ve built isn’t consistent, then your ability to immerse yourself in it will wane. Star Wars sucked us back in time and time again because it managed to expand on the world we knew without undercutting the rules in place. We greedily read the comics, watched the shows, and drowned ourselves in the culture because we could understand it. Countless arguments have taken place across fandom over issues like who would win in a fight based on which lightsaber form they used. Fandom thrives on not just interesting stories, but coherency – rules we can understand and thus play by.

To be clear, I would never dispute Jon Favreau’s intent behind The Mandalorian. He clearly understands what Star Wars should look and feel like. No question this show displayed a genuine love for the material, even if not a full understanding. And I honestly believe he hoped that, with an exciting, entertaining show, he might breathe new life into our battered IP. However, The Mandalorian exhibits all the trademarks of a fad, not fandom. Everyone squeals when they see sweet little “Baby Yoda” appear on the screen (admittedly myself included). What they don’t discuss is why an infant (and yes, by all accounts on the show, he is an infant) is able to demonstrate feats of the Force that make Anakin look like a joke. You may not like midichlorians, but they’re canon. While I myself am nonplussed about their existence (though that’s a topic for an entirely different article), I do recognize the sour taste they leave in many mouths. That being said, they didn’t muck with established rules. They served only to enhance our knowledge of the Force and how it works. Why is it, then, that an infant with no Force training can lift a several-ton creature from the ground? How is he able to heal deadly wounds when Anakin displayed no such abilities at the ripe old age of nine? Well, “Yoda’s species is a mystery,” I hear you say.“It’s speculated that they are inherently Force-sensitive.” True, I’ve heard this as well. 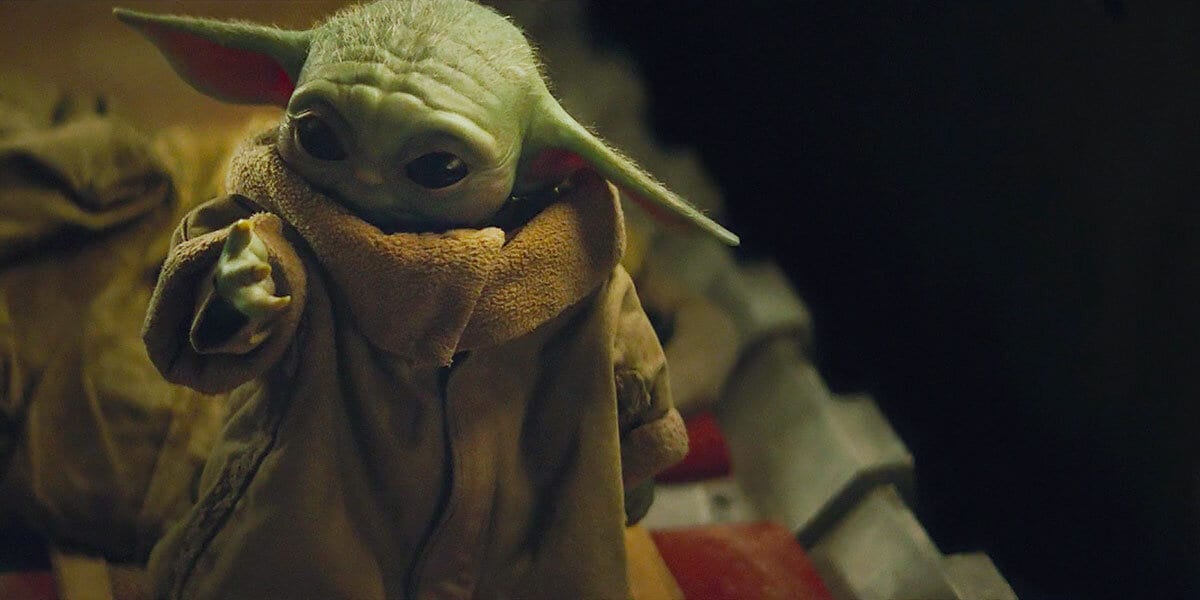 Nevertheless, Force-sensitivity does not equal training. Anakin was noted as having the highest midichlorian count recorded in a Jedi, even higher than Master Yoda, who had the highest prior to that. Given that “Baby Yoda” is from the very species that Anakin dwarfed in Force potential, it makes no sense that “The Child” (as “Baby Yoda” is officially dubbed) should be able to manipulate the Force so deliberately. Not when Anakin himself never exhibited such control pre-training. This is just one example of how fast and loose The Mandalorian has played with established canon, and there is a multitude of others, with many Star Wars fans pointing discrepancies in Mandalorian culture and its depiction within the show.

As I said, there’s no question that Jon Favreau intended to make something fans would all enjoy. And it seems that fans did largely enjoy the show. I recently ran a poll on Twitter to get a sense of what people were thinking. I gave three options to choose from:

The consensus was overwhelming. Over 60% agreed that it had flaws, but they enjoyed it. Now, obviously, the sample size is relatively small, given only around 360 people voted. But I do believe this reflects the overall feeling of fans toward the show. It was… okay, but not great. And, of course, I don’t expect any media to be without its flaws. What I do expect is for it to work well within the established canon without having to retcon things in order for it to fit. “Okay” isn’t good enough here, people. Star Wars fandom is staring down its own demise. Terrible damage has been done to our beloved IP. Obviously, I don’t lay the responsibility of that destruction on Jon Favreau. But we need to call a spade a spade here, folks. A mediocre show that harshly bends (if not breaks altogether) the rules as we know them isn’t going to repair anything. I hesitate even to call it a Band-aid fix when I bear the multitude of problems with it in mind.

At best, the show as it exists in season one serves only to delay a slow death with its “Baby Yoda” gimmicks and ‘member berries. At worst, it is a destructive force that breaks the world-building that is so essential to a thriving and vibrant fandom. Because rest assured friends, when the dust settles and people begin to take a hard look beyond the shiny exterior, they will notice that hollow feeling left when something you consume isn’t substantive. Thus far, The Mandalorian has only proven itself to be capable of generating a fad. It leaves me no hope for the genuine revitalization of the franchise because it displays little concern for the franchise as a whole, only for what hype and chatter it can generate at the moment. And with season two shaping up to be just as pandering to hype and hysteria by relying on the introduction of nostalgic characters, rather than taking the time to build its own, I see no reason to rest faith in this series.

I understand the desperate desire for reconciliation. I, too, stepped into The Mandalorian with hopes pinned on its success. I, like so many of you, espoused the notion that it was better than the sludge we’ve gotten recently. But a mediocre show with an inadequate understanding of the universe it’s working within, that relies on fad, hype, and nostalgia isn’t going to “fix” anything. We, as Star Wars fans, need to demand better. We need to hold Star Wars to a standard, especially during such a crucial period. Cohesion is a bare minimum. Respect and understanding of what’s come before is the lowest bar. Otherwise, we condemn Star Wars to the slow death that is mediocrity.

View all of Merry Mayhem's posts.