Marvel Ultimate Alliance 3: The Black Order is the long-awaited third installment in the Marvel Ultimate Alliance franchise. This time around, it’s been developed by Team Ninja, the developers behind Nioh, Dead or Alive, and Ninja Gaiden, and published by Nintendo exclusively on Nintendo Switch. The story follows your favorite Marvel heroes (and even some villains) as they rush to gather the Infinity Stones before the evil Thanos assembles his gauntlet and destroys the universe. To say that I’ve been hyped for this game would be an understatement. I was screaming when this was announced, and with each new piece of information, my excitement has grown. Now here we are, and I’ve beaten the game I waited ten years for. Was it worth the wait?

Marvel Ultimate Alliance 3 doesn’t feature a story that’s going to floor any Marvelites conceptually. It’s a retelling of an Infinity Saga-like story, something we’ve just gotten two films about in the past two years, so there’s some familiar territory here. But as an excuse to throw 36 of Marvel’s greatest together for some beat-em-up action? It works perfectly well enough. I can’t say that much of it is going to surprise you if you’re a comic fan, but it’s well-structured, and it’s long enough (at 10+ hours, not including side activities) that I felt pretty satisfied when all was said and done. There is one twist towards the end that I was hoping they wouldn’t go through with, but they did, and it made me roll my eyes. But even if it’s not all that narratively impressive, the character usage is on point, and pretty much every character you’d expect (and some that you wouldn’t) gets some spotlight. I was giddy as a schoolboy when my boy Daredevil showed up with one of the most badass introductions in the entire game. Some awesome voice actors reprise their roles as well, like Nolan North voicing both Rocket Raccoon (whom he also played in the Telltale Guardians of the Galaxy series) and Deadpool (as he portrayed him in multiple games, including Deadpool’s own solo game), as well as Yuri Lowenthal returning to voice our favorite webhead, Spider-Man. Both of those, in particular, put a HUGE smile on my face, as they’re my favorite vocal interpretations of both those characters. Steve Blum also returns as Wolverine; he’s voiced Logan in both previous MUA games, as well as multiple animated series. He’s the definitive voice for Wolverine, and he’s what I hear in my head when reading the comics.

While we’re at it, let’s talk about the voice acting and dialogue. Some of it is great; they nail heroes like Daredevil, Captain America, Magneto, Wolverine, Storm, Black Panther, and Deadpool. There are, however, weak performances and some weak dialogue for some of the characters. In particular, Elektra sounded really off to me, especially with her dialogue when you select her at the hero screen. The game leans into some cheesiness, sure, but there are times when it hits cringe-worthy levels. That goes for the dialogue as well, which ranges from great to making me want to turn the game off. Spider-Man, in particular, has a line towards the end of the game that just blew my mind because of how bad it was. I’ve heard worse, don’t get me wrong, but still; yikes. But that’s contrasted by some delightfully evil lines from Thanos and the Black Order, and just some genuinely strong and in-character lines for the heroes. 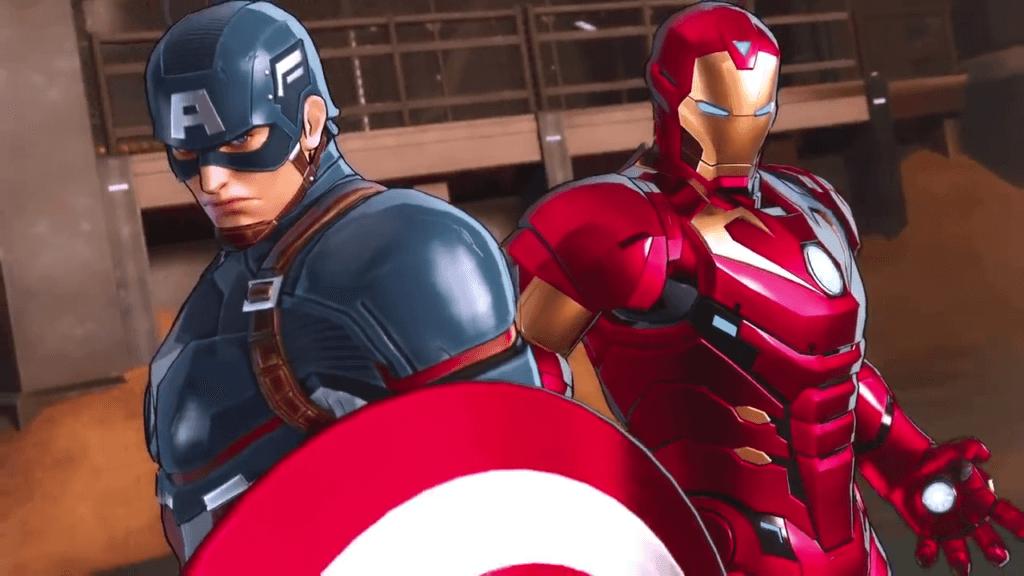 Gameplay-wise, this is definitely a Marvel: Ultimate Alliance game. It’s a beat-em-up with two primary attack buttons and some powers tied to an energy bar; mostly the same stuff we’re used to from the franchise, with some key differences. Instead of having the charged attack and the three-button combos we had in the previous games, we get a singular pop-up attack which can be easily tied into both the normal attacks and aerial attacks. Combat flows a lot better because of this, and feels a hell of a lot less stilted. In Marvel Ultimate Alliance 2, we were introduced to team-up finishers that often cleared enemies off the screen. Those make a return with a similar mechanic: synergy attacks. These are less flashy, as it’s really just two characters teaming up with one of their base special attacks, but doing more damage to enemies. These are useful when you have to deal with a room full of enemies with full stagger gauges. Speaking of which, in order to do major damage to some of the higher enemy types and bosses, you must lower their stagger gauge. This stuns the enemy and allows you to really wallop them and defeat them quicker. This is most important in boss battles, as it’s pretty much the only way you can take them out with any ease. Then there are Ultimate attacks, which are big and flashy finishing moves that you can chain with the entire team if their meter is completely full. Oftentimes, this wipes the screen, or at least gives you significant breathing room. These moves are some of the more impressive ones in the Marvel Ultimate Alliance 3, as they really showcase the appreciation Team Ninja had for these characters. They also can drag the frame rate down a bit, especially in a room chock full of enemies.

A new addition to the franchise is Infinity Rifts. These are essentially challenge missions; beat X amount of enemies in this timeframe, defeat bosses with modifiers, etc. Rifts are fun, although they can be a bit grindy, and a lot of times this is how you have to level up heroes that you haven’t been using (something you didn’t need to do as much in the older games). That’s a little frustrating because if you cruise with your characters and want to switch them up later on, you’re going to have insanely under-leveled heroes, and grinding to level them up to your current team’s place isn’t always pleasant. The only thing I really miss from previous outings is the ability to grab and throw enemies, and with that, the specialized throws from the first game. Those just added a smidge more personality to the heroes, but it’s a minor gripe. 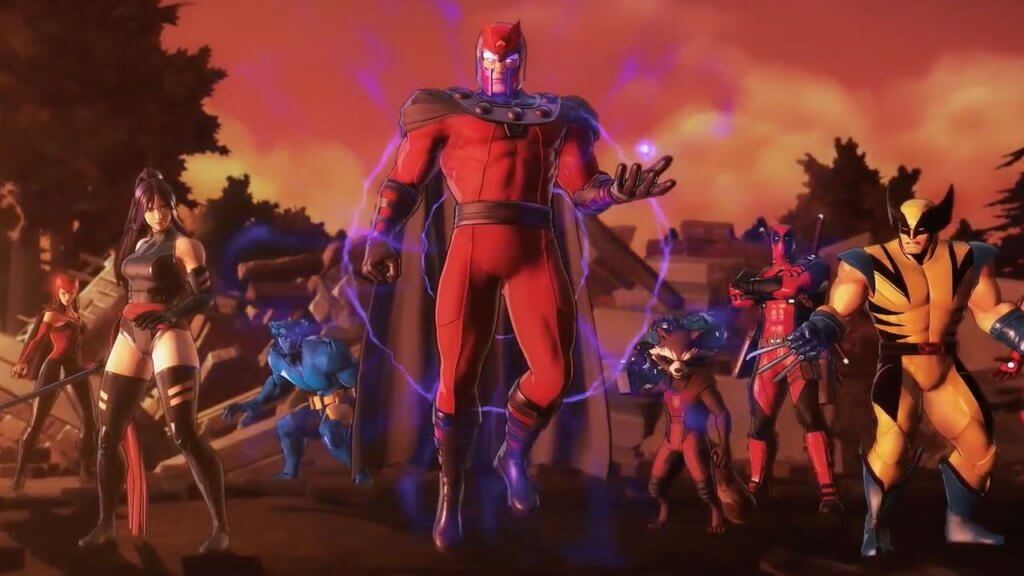 Is Marvel Ultimate Alliance 3 difficult? Not really, for the most part. I cruised through the game on Mighty difficulty, but a couple of boss fights made me have to drop the difficulty level down for the fight, just so I could finish the game to review it. I know, I know; git gud, scrub. I’ve seen others complaining about difficulty spikes, but who knows, it might just be that we’re bad at the game. Aside from that handful of times, the game is reasonably challenging by my measure. I beat it pretty quickly; not without deaths by any means, but I rarely got TRULY stuck.

Graphically, Marvel Ultimate Alliance 3 looks great. It uses a less realistic art style that looks more comic-book-like than the previous two entries, and I think it benefits from that. But whilst I like the overall art style, I think the character designs are hit and miss. Some of the heroes are bulky as hell. I’ve seen and heard a lot of comparisons to Marvel: Contest of Champions (iOS and Android), and yeah, I can see it. I was also disappointed that some of the heroes don costumes that look closer to the MCU than the comic books. That’s just a personal preference, but with “alternate costumes” being just glorified color swaps at this time (Team Ninja plans to add in ACTUAL costumes later), it’s slightly irritating as a comic fan. The game performs mostly well under a lot of effects, but there are times when the frame rate drops – not to an unplayable degree, but it’s very noticeable. As I said before, it’s usually during massive Ultimate attacks against rooms full of enemies, with lighting, big explosions, and particle effects flying across the screen, but all in all, this game runs mostly great on the Nintendo Switch, either docked and in handheld mode. 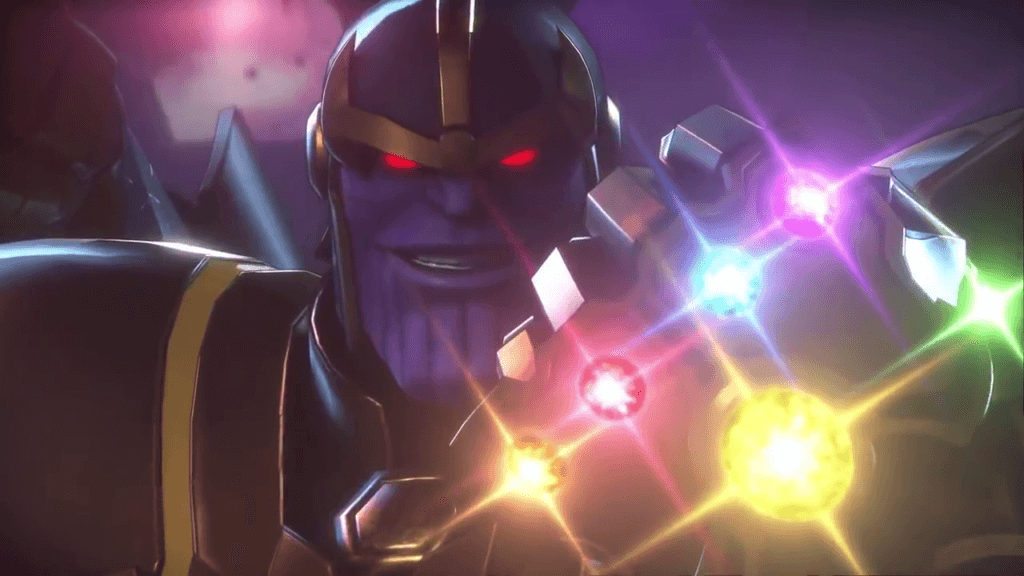 Marvel Ultimate Alliance 3 might be the best-sounding game in the franchise as well, with meaty punches and kicks blended well with perfectly intelligible dialogue, even through the chaos. The audio design during the action is a big part of why you feel so damn powerful in MUA 3, because every hit, every explosion, and the sound of stagger gauges shattering feels just right. The musical score is also strong, even if there are times when it seems like motifs are being replayed. But the music on display sounds awesome when you’re beating the piss out of Bullseye or shutting Green Goblin up.

All in all, I really enjoyed my time with Marvel Ultimate Alliance 3: The Black Order. It’s a satisfying romp through the Marvel Universe, with some entertaining combat, a great sense of power, and a solid roster of characters. There are some minor technical issues, perhaps some boss fights that could have been handled better, and the story ends with a boring twist that made my eyes roll, but I still wholeheartedly recommend this game to Marvel fans new and old.

What did you think of Marvel Ultimate Alliance 3: The Black Order? Let me know in the comments below! Stay nerdy everyone!