“Dead People Lie Down” finds Tiago’s mother praying for Raoul as he lies in a hospital bed, unresponsive. Tiago escorts Lewis in to have his arm patched up as another officer spits on the self-described Chicano officer. Lewis tells Tiago that he’ll be fine and insists that he go find his family. What Tiago does find, however, is a room full of motionless Mexican bodies. Later, the commissioner tells Tiago and Lewis to conclude the case from “Santa Muerte” and to bring him a Mexican head on a platter. Councilman Townsend, with the help of Alex (Magda in disguise), decides to use the tragic riot to fuel his political career. Tiago and Lewis go to visit Sister Molly, a minister whom the dead family idolized. However, they instead find her mother, who tells them Molly is busy communing with the Lord. Lewis tricks her into showing him the office of the dead family’s father, who worked as a bursar in the church. This leaves Tiago to investigate the place. He finds Sister Molly on stage and is wowed by her singing. 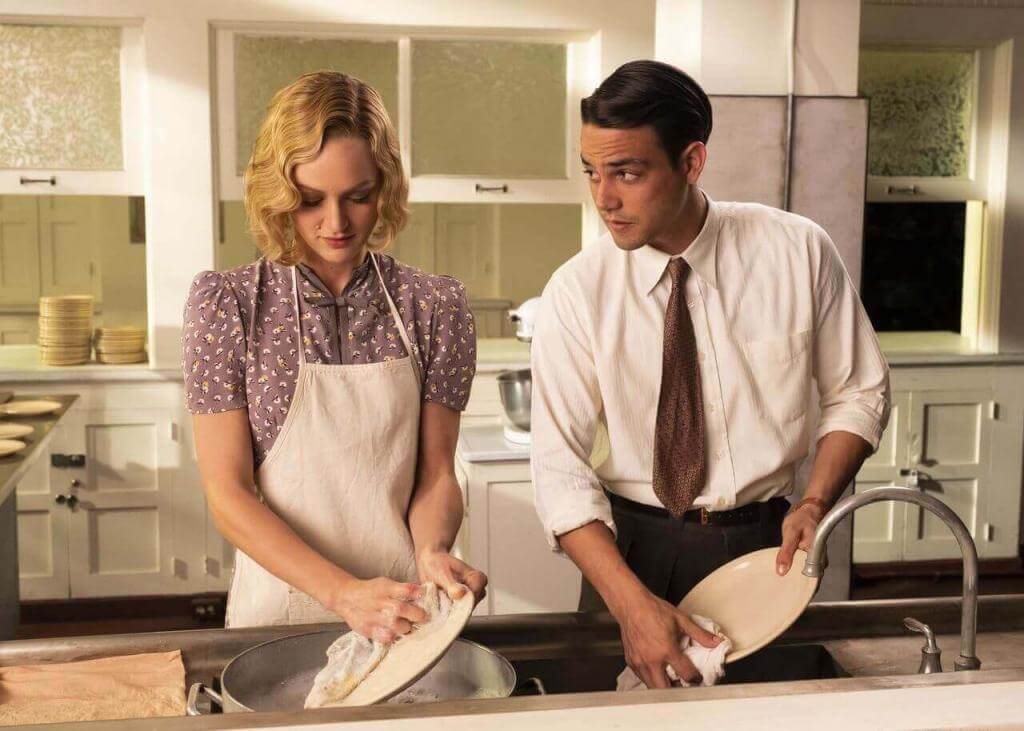 Meanwhile, Dr. Craft runs into Elsa, his patient’s mother (again Magda in disguise) at the beach. At the hospital, Mateo is attacked by three policemen. A fellow Mexican named Rico comes in and demands they move so he can get a soda, and the officers comply for some reason. Rico befriends Mateo because he didn’t scream. Councilman Townsend holds a press conference in which he remarks that justice must be served for the officers killed in the riot. Tiago finds Sister Molly in the temple kitchen, and they discuss her ministry and the dead bursar. Lewis watches a Nazi meeting house for clues. Lewis’s companions are shot by a man in a black suit. Tiago’s mother performs a ritual and prayer to save Raoul, and he finally rises from his hospital bed. 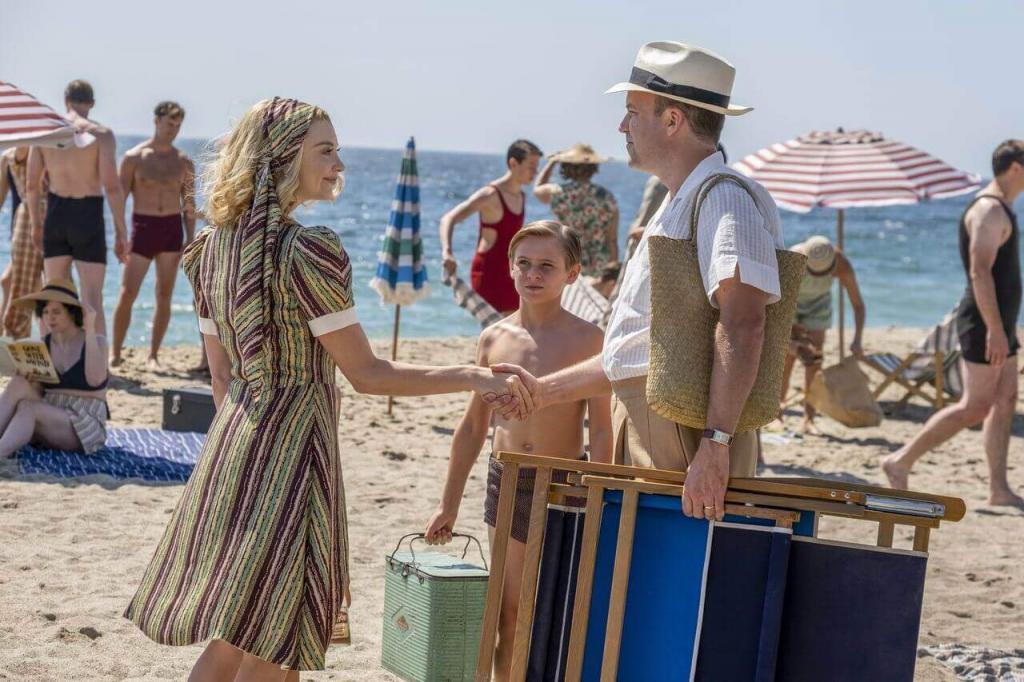 “Wicked Old World” finds Michener discussing his dead friends with the coroner. He asks him to keep the bullets he found in their heads out of the report while he investigates. Meanwhile, Mateo speaks with Raoul, who is now awake and responsive. Raoul doesn’t remember the shootout, and Mateo reminds him that it was their brother Tiago who shot him to save another cop. Raoul surprisingly defends Tiago and tells Mateo to respect him. Shortly after Mateo leaves, Tiago comes in to comfort his hospitalized brother. Molly tells her mother she’s driving herself to a fitting despite the latter’s protests that Randolph, the chauffeur, should drive. She finds Tiago, and the two go on a date of sorts. Dr. Craft finds that Mrs. Branson (Madga’s alter ego) hadn’t arrived for Frank’s appointment and cancels all of his other clients for the day. He finds Mrs. Branson in her house with black eyes and offers to have her and Frank over for Tom’s birthday party. Councilman Townsend schemes to have Councilwoman Beck killed for defying him. Molly gets home, and her mother makes it clear that she knows exactly where she went. Mateo parties at a club and meets Rio (another Magda disguise). The police break the party up, but they escape. Rio proposes war on the “gringos” and Mateo likes the message. Michener tells Tiago that he’s taking a vacation to bury his friend. He also informs him that Haslett’s paperwork indicates he had a secret house, supposedly for steamy meetings with Sister Molly. Councilman Townsend goes to bed with a male escort. 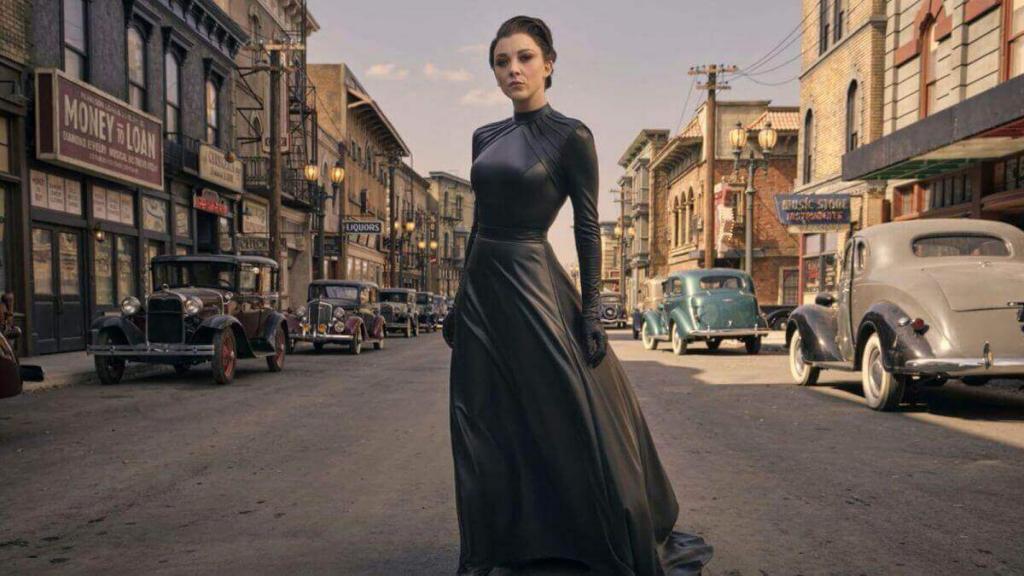 In “Josefina and the Holy Spirit,” La Muerte looks on as a family is gunned down along with some gangsters in Mexico. Tiago finds one of the officers beating a Mexican cuffed to a chair and asks the commissioner if they’re arresting all Mexicans. The commissioner tells him to do his job and provide a reason to stop the interrogations. Councilwoman Beck proposes a new route for the roadway, which bypasses any neighborhoods, cutting through the hills. A humiliated Councilman Townsend orders Alex to cancel his upcoming speech. Elsa and Frank arrive at Tom’s party, and she immediately charms Dr. Craft’s German friends. Tiago searches the “love nest” Molly and Haslett had, and she finds him there, furious with him for wanting to find answers. She never wants to see him again. At Tom’s party, Dr. Craft’s wife tells Elsa to ask him about Essen. However, undeterred, Elsa has sex with him. Michener meets with a gangster named Benny Berman (Brad Garrett) and asks for his help in stopping the Nazis. Frank tells a scary story to Trevor and Tom at Tom’s sleepover, prompting Tom to see visions of a mutilated girl that night. Councilman Townsend is found in a brothel, the escort is shot, and he’s taken away. Mateo and Josefina are accosted and manhandled by two policemen. Tiago tells Raoul about Molly and asks for advice. Maria sees Mateo’s tattoo, and the whole family gets into a fight. Mateo leaves. Josefina tries to tell Maria about what happened with the police, but she won’t hear it. The man who abducted Councilman Townsend takes him to a hotel, and they hook up as Alex secretly films them. Mateo schemes with Rio and Rico to teach the cops a lesson. Josefina attends one of Sister Molly’s shows and is “sanctified.” Michener is brought to Berman, who shows him the man who did the killings in Mexico. The man also sold weapons intended for Palestine to the Nazis. Berman tells Michener to kill him, but he can’t do it. Rio, Rico, and Mateo kill one of the corrupt cops who’s been harassing Mexicans. Alex gives the video of Councilman Townsend’s escapades to the Germans. Mateo and his new friends dump the dead, naked policeman outside of the police station. Tiago finds Sister Molly doing dishes and joins her. 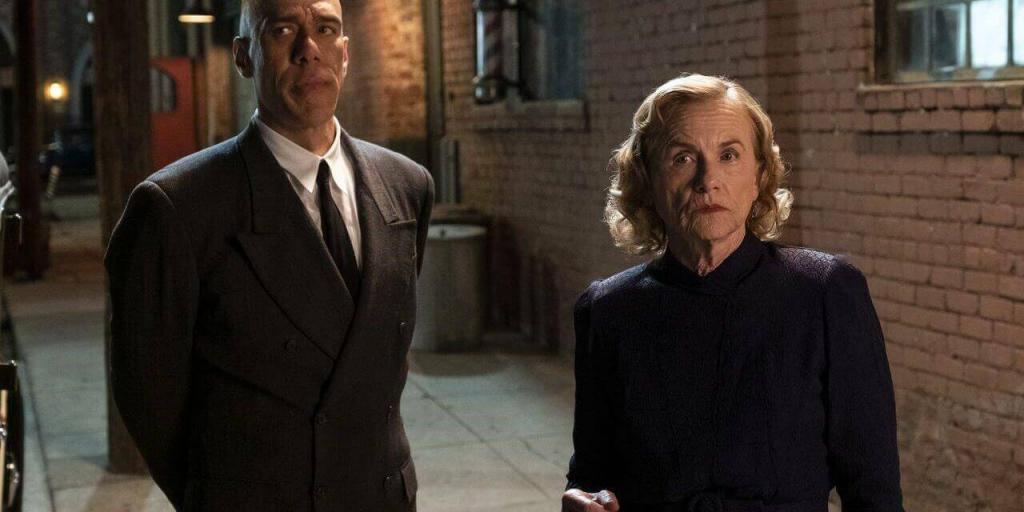 While City of Angels is never dull, it’s not really grabbing my interest right away, as the original Penny Dreadful did. Part of me still believes that connecting the seemingly unrelated shows is part of the problem. However, I’m not a huge fan of all the overt politics and race-baiting within the show either. The acting, music, and costumes are excellent, but it’s difficult for me to get into a show with such blatant political motivations behind every character and storyline. I am intrigued by Natalie Dormer’s Magda and her alternate identities, although her manipulation of characters like Townsend and Mateo is a little too obvious for me. I’m really disappointed in City of Angels’ lack of subtlety, particularly in comparison to its sister series.

However, none of this is to say that I hate or even dislike the show; I’m just not gripped by it right now. I really like the cast, the setting, and pretty much anything to do with Nathan Lane’s Lewis Michener, particularly his conversation with Berman at his friend’s grave. Unlike much of the race and political stuff in the show, Michener’s musings on being a Jew and Berman feeling rejected works very well. It feels genuine, like a person’s actual experiences, rather than some agenda or idea the writers want to push. I’m wondering if Sister Molly is just an innocent woman who happened to be having an affair with the dead man, or if she and her mother are somehow behind everything. Amy Madigan looks rough as her mother, with an even worse demeanor. Whether Molly is innocent or not, I doubt her mother is. I’m also beginning to wonder if Molly has some genuine supernatural ability, maybe something like Vanessa had in the original Penny Dreadful. Perhaps that’s the thematic tie-in. 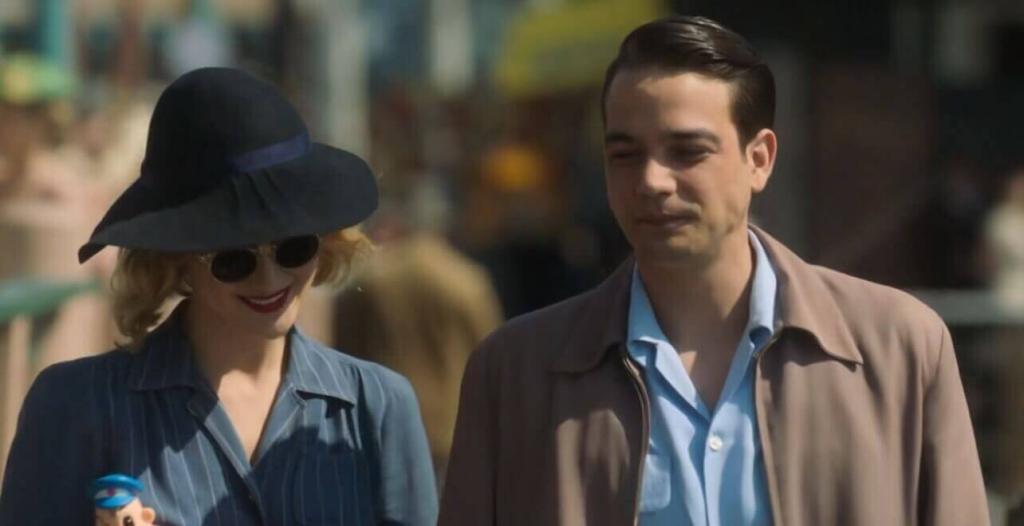 Overall, I’m enjoying Penny Dreadful: City of Angels, but not a whole lot. The technical aspects and some of the ideas at play are great, but said ideas are hammered in a bit too hard at times. Meanwhile, some of the show’s most exciting aspects, like Santa Muerte herself, are barely mentioned. She seems to me to be having the most potentially interesting arc, yet we’ve only seen her a few times. I’ll continue watching, but I hope things pick up soon, especially if this will be a multi-season show.