Cartoon Network’s Toonami anime block was a huge part of my childhood. I can still remember rushing through my homework to catch Dragon Ball Z every afternoon. Whenever I could, I would explore the other shows Toonami had to offer, such as Ronin Warriors, Tenchi Muyo!, and the show that would serve as my introduction to the mecha genre, Gundam Wing. Much like other kids my age, I had no idea the show was just the latest installment in a franchise that had spanned many iterations since 1979. For the first installment in this new series, I decided to take a look back at why Gundam Wing made such an impression on me.

Gundam Wing opens on a narration explaining the origin of the Earth Sphere Alliance and the conflict brewing between the Organization of the Zodiac – or OZ, for short – and the Gundams. From there, we are introduced to the first of five Gundams, teenage pilot Heero Yuy, as well as Relena Darlian – who often serves as an audience surrogate and occasional talking head – and Lieutenant Zechs Merquise aka Milardardo Peacecraft, one of the last members of the Peacecraft family of the Sanc Kingdom. As Zechs, he initially works with Treize Khushrenada to ensure that the Gundams don’t succeed. Along the way, we meet the various other Gundam pilots: Duo Maxwell, Trowa Barton, Chang Wufei, and pacifist Quatre Raberba Winner, none of whom are initially aware of each other. As the pilots come together – thanks in large part to a trap set by Treize – the battles drag on, and Relena is soon revealed to be Zechs’ long-lost sister. Amid assassinations, changing loyalties, and a variety of Gundams, the series culminates in a final battle between Heero and Zechs, which later leads to a 3-episode OVA (original video animation) called Endless Waltz.

I didn’t realize it when I first saw the series, but there are some very adult themes at play in Gundam Wing that, in retrospect, I’m a bit surprised were allowed to be shown on Cartoon Network. Save for a heady moment when Heero gets a new Gundam from Treize called Epyon, back then, I was more concerned about all the fighting robots and how badass Heero was. But this show was about so much more than that. At its core, Gundam Wing was about war, both the cost and the meaning. A great example of this comes very early on in the series when Zechs and his subordinate Noin discuss their different philosophies, with Noin feeling that risking the lives of soldiers is a result of poor planning and Zechs believing risk to be a necessary cost. These discussions abound throughout the series, some more subtle than others, particularly Relena’s naivety regarding others’ willingness to kill in order to bring about peace. This is a rightfully shocking concept, yet the fog of war permeates this series, our characters constantly having to adapt to an ever-changing and volatile situation. Upon first meeting the pilots in person, many of the supporting characters, such as Noin, look at our five heroes with a jaundiced eye, only for them to immediately prove their mettle in battle and catch their enemies off-guard. 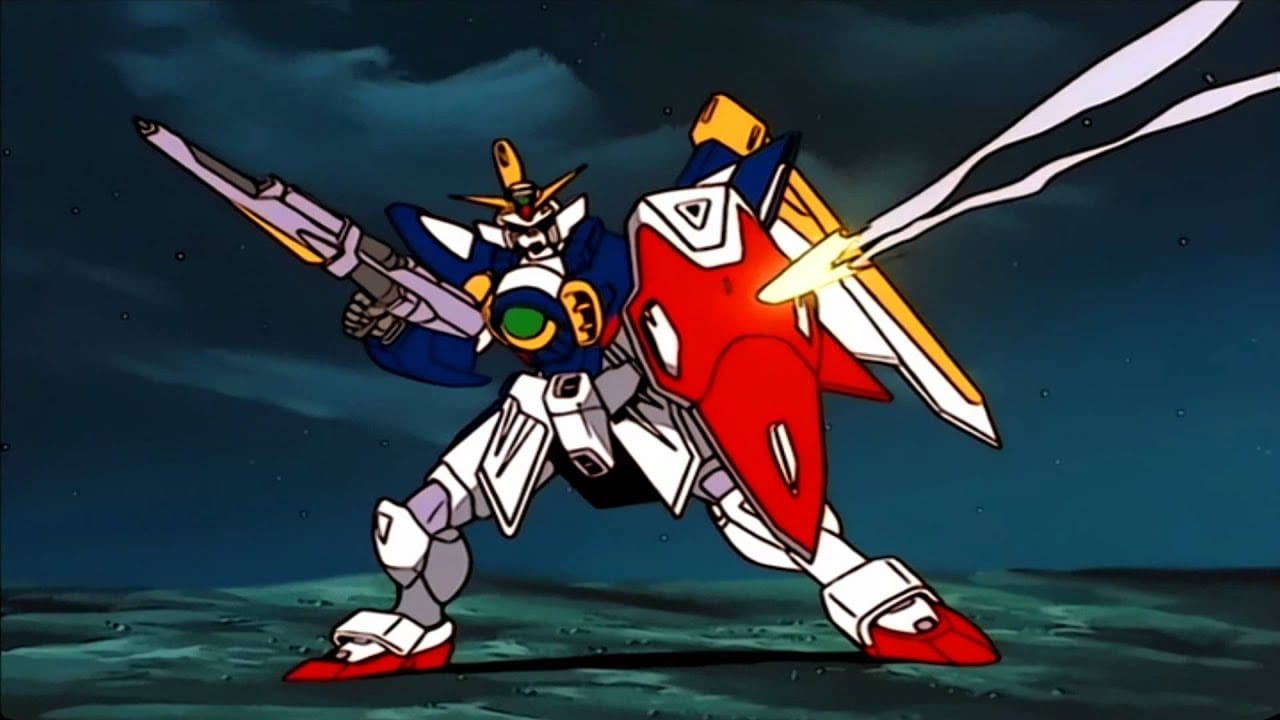 In turn, each pilot in Gundam Wing has their own reason for being a part of the conflict, their Gundams serving as an extension of themselves. For Heero, it is his singular devotion to the mission, to the point that he was initially more than willing to destroy his Gundam on multiple occasions but also to kill Relena to protect the secrets of the Gundam. This is something that, in my view, dissipates as the series goes on, and ultimately serves to showcase how deeply Relena empathizes with the stoic pilot, despite his cruelty toward her. As a result of this, the viewer completely understands that, when she takes control of things, Relena will lead with a just hand. For Duo, there always seems to be a joy to what he does, which serves as a contrast between him and Heero. Then there is Quatre, the child of a pacifist, who risked being disinherited on the belief that he had a moral imperative to fight for the colonies. This is a decision that comes back to haunt him in a big way, the loss of his father serving as a subtle albatross around his neck for the remainder of the series. Trowa shuts down to complete his missions, his circus cohort Catherine serving as his one genuine human connection throughout his various battles, a connection that is amplified after he succumbs to PTSD following a devastating loss. For Wufei, it’s all about ensuring that he gets to fight a strong enemy: self, something of which he is wont to remind the audience.

This brings me to what is probably the biggest downfall of the series: the on-the-nose dialogue. Viewing Gundam Wing as a ten-year-old, it barely registered, and any thoughts about why Releena always seemed to be talking to the air were fleeting at best. Yet when I first re-watched it a couple of years ago, I almost couldn’t believe what I was hearing. Ultimately this is something longtime fans should chalk up to what was then a rather nascent dubbing process. By the same token, having been through multiple dubs of Dragon Ball over the years, there was something comforting about revisiting the show almost exactly as I had found it as a child and finding new things to take from the story. This has always been the mark of a great story, science fiction or otherwise. 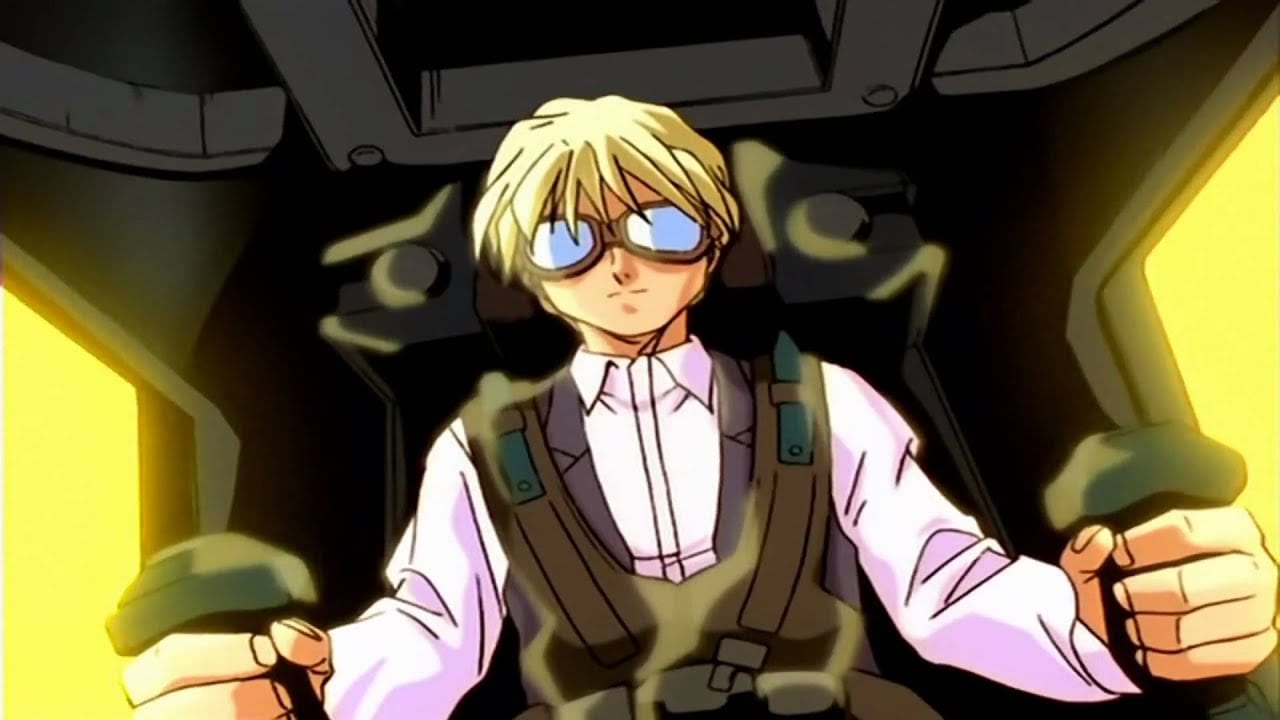 Gundam Wing will always be special to me. With complex characters and stories, this entry serves as a reminder that animation can provide deep storytelling that rewards multiple viewings, whether you’re ten or thirty. While I’ve seen other iterations of what this franchise has to offer, the adventures of Heero and co. are never far from my mind, bringing a sense of nostalgia and scope that helped to create a foundation for what I expect from sci-fi. I’ll always say “Mission Accepted” to Gundam Wing.