I remember when Borderlands came out in 2009, and I was very curious to discover what it was about. It wasn’t until 2012 that I finally played the game for the first time, and from that point on, I was a fan of the franchise. I have played all of the Borderlands games, and now the time has finally come for the next installment in the series. The last Borderlands game came out in 2014, so I was very excited to try out Borderlands 3 and see in what direction the developers were going to take the franchise.

Borderlands 3 keeps the gameplay similar to the previous games while also introducing new mechanics for players to experiment with. I played as FL4K, the robot vault hunter whose special ability is summoning creatures to fight alongside him during battle. While Mordecai from Borderlands used his bird as an ability, it wasn’t as fleshed out as the ability that FL4K uses here. The creatures that FL4K summons stay out the whole time you’re playing and don’t need to be summoned for each battle. On top of that, FL4K isn’t stuck with using only one animal. He can summon a Skag, a Spiderant, and a Jabber to hunt his enemies. The only downside to this ability is that the creatures will lock on to random enemies from far away and begin a battle that I do not want to engage in at the moment. One issue that I have noticed on the PS4 version of Borderlands 3 that hinders gameplay is the amount of random lag and glitching that occurs in the inventory menu. Sometimes, just pulling up the menu can take around 15 seconds, which can get frustrating after a while. On top of that, there are times when, even after waiting for the menu to pop up, the graphics of the weapons, shields, abilities, etc. are completely invisible, forcing the player to close the menu and reopen it. Another weird issue that occurred for me was that a lot of the time when an initial battle against a massive amount of enemies began, a big lag spike would occur before going back to normal. 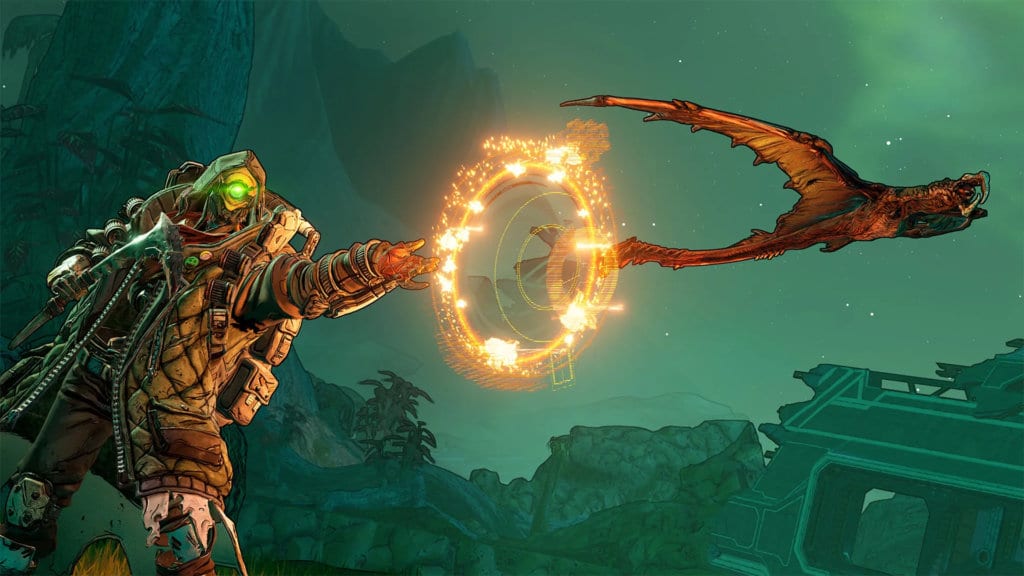 When starting a new save file for Borderlands 3, there are two options for game difficulty: Easier or Normal. Since I have played the previous Borderlands installments, I chose to go with Normal difficulty. Surprisingly, the game can be quite difficult on normal. I found myself getting downed and killed often, especially in the starting areas where there aren’t that many weapons or ammo to loot. There seem to be a lot more enemies in raider camps as well, because entering will start long combat with massive amounts of targets at which to shoot. It wasn’t until after a couple of levels that I started feeling more powerful as a character with better guns, grenades, and abilities. The difficulty of the starting levels made it a bit hard for me to progress, and after playing Borderlands 3 for about 16 hours, I was still not finished with the game. There are 23 chapters in total, and much of the time is spent looking through weapons and completing side quests, which shows that there is a lot of content spread out in this game. 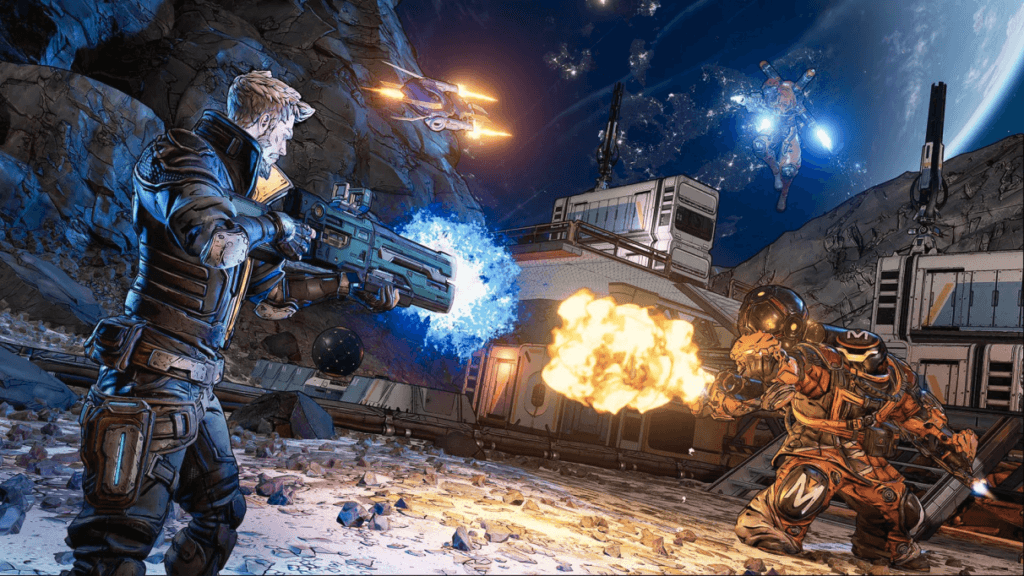 The story of Borderlands 3 begins much like the one in the first Borderlands game did. You start on a bus with your companions, out to complete a mission given to you by the Crimson Raiders. This one takes place a couple of years after the second game. Within that time period, a new group of enemies has risen called the Children of the Vault, and they have almost completely destroyed the Crimson Raiders. Lilith, a familiar face from the previous games, appears, and she directs the new vault hunters into missions against the Children of the Vault. Without going into too many details or spoiling anything, there are more old characters that pop up throughout the story, and many new faces as well. I enjoyed the idea of the Children of the Vault and their leaders, even though they aren’t as funny or interesting as Handsome Jack from Borderlands 2. 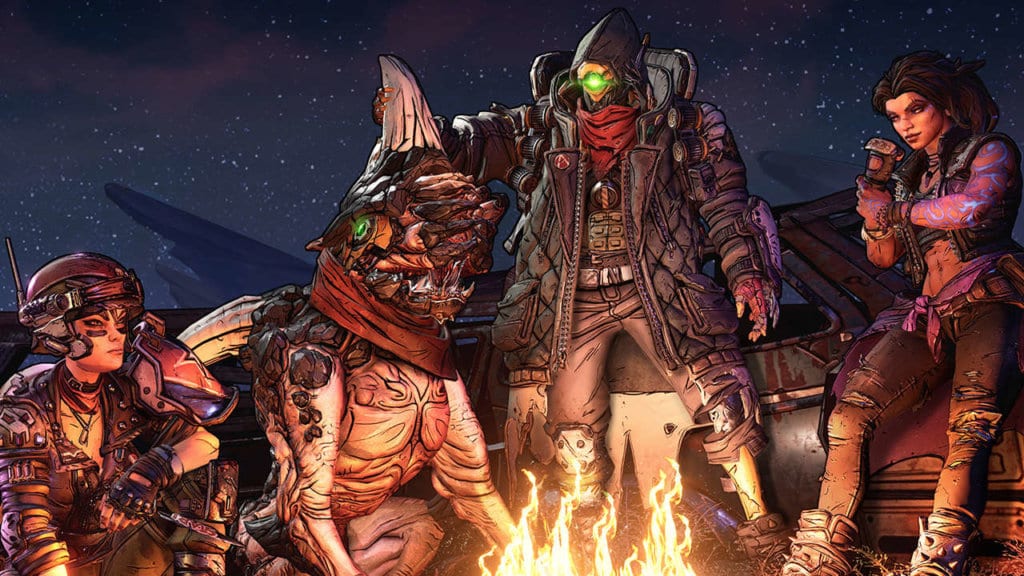 The graphics in Borderlands 3 are easily a step up from the previous installments while also paying homage to the original graphics/art style for which the games are so well known. Explosions are more appealing to the eye, and turbo engines on the vehicles spark a violent, beautiful blue, which is great to look at. I do enjoy the cartoon/comic book style art that they use in Borderlands, and this game is no exception. Borderlands 3 also seems to have an easier time loading the graphics than in the previous games. Overall, I would say that the graphics aren’t enough to knock anyone’s socks off, but both the casual and hardcore gamer can appreciate the upgrade. 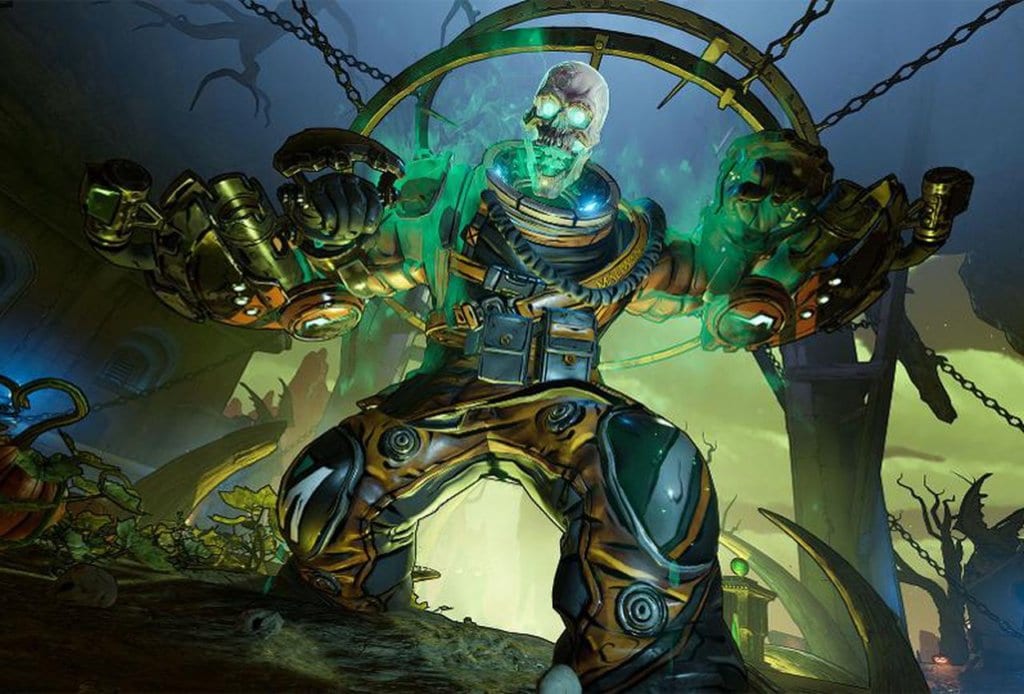 Borderlands 3 offers a plethora of sounds, from the roaring engines of the vehicles to the unique gun noises that certain weapons make. I was pleasantly surprised at just how good the game sounds. On top of that, the voice acting is superb. There is one boss that uses dubstep music as a weapon, and it energizes the fight. The background music through menus or main title screens is also nice to listen to, although it’s nothing extremely memorable. Through my whole playthrough, I never ran into any issues with sound bugs or glitches, so that’s another positive note. 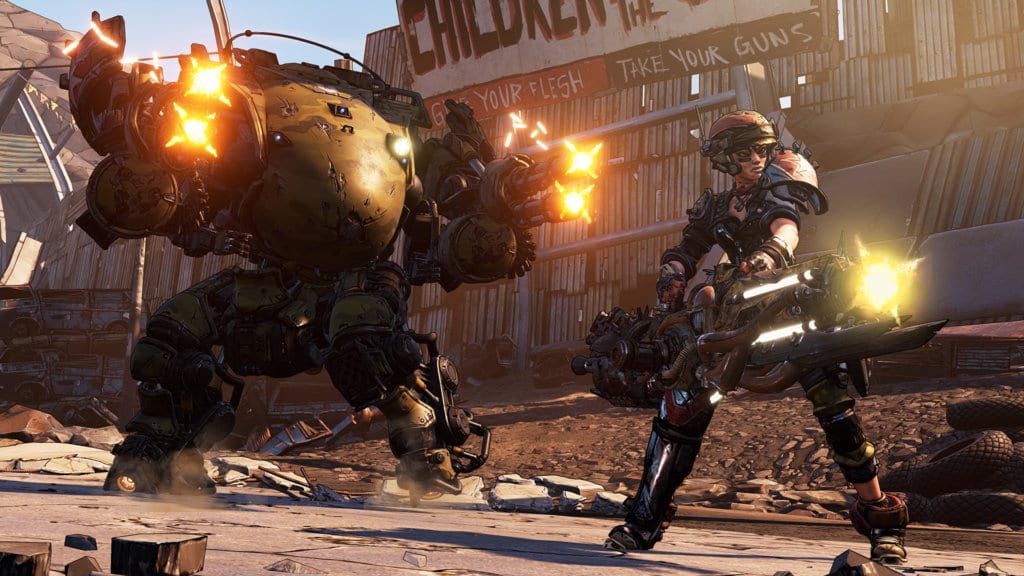 Borderlands 3 has won a place in my heart. Just like the previous installments, it stays true to the formula that made the series fun while changing just enough to make it feel like a different game. If you have never played a Borderlands game before, it may be a little confusing from a storytelling perspective, but the gameplay is easy enough to grasp for newcomers. While the story is rich with characters and the sound is superb, it can be a little disappointing to deal with menu glitches or lag when fighting enemies. Overall, I would say that this game is worth playing if you are a big fan of the series, as I am.