Sony’s first step into its own parallel license superhero universe has been controversial ever since it was announced in 2017. Venom, starring Tom Hardy and directed by Ruben Fleischer, is a stand-alone film separated from the world of Sony/Marvel’s Spider-Man, comparable production-wise to what happened with Punisher: War Zone, which was a (relatively) low-budget movie with no connection to the other films produced by Marvel Studios the same year, Iron Man and The Incredible Hulk. However, unlike the aforementioned Marvel Knights movie, Venom is not an R-rated film, a decision which has polarized the fandom since its announcement due to the dark nature of the character’s anti-heroic archetype. The softer rating feels especially egregious today, when big profile R-rated superhero flicks like Logan and the Deadpool franchise have found success by sticking closer to the brutal nature of their stories.
The film’s plot vaguely adapts elements from the Venom comic book storylines Lethal Protector, Sinner Takes All and Planet of the Symbiotes. Eddie Brock (Tom Hardy) is a successful investigative journalist in San Francisco who lives with his loving fiancée, Ann Weying (Michelle Williams), who is a big-time lawyer. Meanwhile, one of the clients of Weying’s firm, Carlton Drake (Riz Ahmed) – who is an entrepreneur funding a private space program under the guise of saving mankind – is retrieving alien lifeforms that need hosts with which to bond in order to survive. Drake does his scientific research with a “by all means necessary” approach, which tends to result in a massive count of dead homeless people. Brock investigates this and links Drake’s Life Foundation with the pile of bodies by reading his girlfriend’s private e-mails. When Brock confronts Drake with the allegations, the rich man destroys his journalism carrier. Brock’s actions also get Ann fired, leading to her ending their relationship. Six months pass and an insider from the Life Foundation (Jenny Slate) contacts the now jobless loser Brock to ask him for help in exposing the inhumane actions resulting from Drake’s quest to find suitable hosts for the alien symbiotes; this ends in the birth of Venom, a human-alien creature whom Drake hunts down for experimentation. 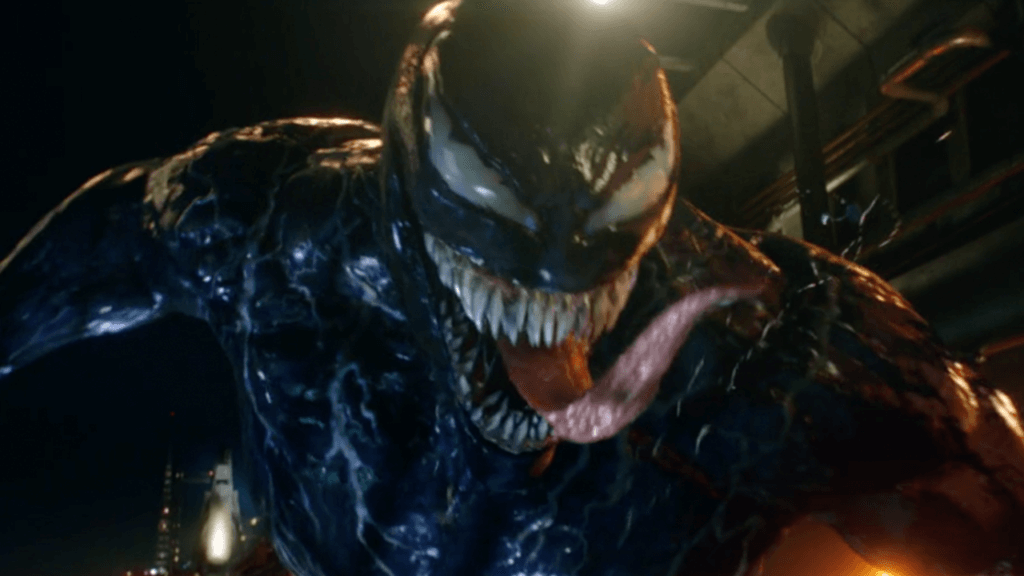 The Good: Tom Hardy definitely owns the main character – and the movie – with his quirky portrayal of Eddie Brock, as well as the monstrous Venom. He really shines all through the film, just as much as Ryan Reynolds does when playing his Wade Wilson/Deadpool comic book alter ego. Hardy makes Venom his own, and you don’t miss his superhero nemesis Spider-Man at all while watching the film. The movie starts slowly as it establishes its characters, which you may have gleaned from my character-heavy summary, but once the action gets going it really doesn’t stop, and the movie presents us with a series of very memorable, adrenalin-packed set pieces that pick things up considerably.
The Bad: It appears getting Zombieland director Ruben Fleischer was done with the intention of making this movie a comedy along the lines of Deadpool, which really is not that far from the Venom comics; he just happens to be a tad more savage on the page. The script, however, is unfocused and tonally all over the place. It’s like they filmed an R-rated comedy, but they just edited out the parts that made it work. (Tom Hardy has stated that almost 40 minutes of the film didn’t make the theatrical cut.) The pacing of the story is generally OK, but the character build-up, though not completely dull, goes on a bit too long. The action-packed parts of the movie will entertain you, but it’s also riddled with plot holes and tone-deaf dialogue that could have been easily ironed out if the production wasn’t as rushed as it clearly was. Not even the special effects are on par with the rest of modern superhero films, and the Stan Lee cameo is the most gratuitous and uninspired of his comic book movie appearances to date.
The Ugly: Other than the cast trying to do the best they can with what little they’ve got to work with – a deficiency that makes what Hardy is able to do with Venom even more impressive – Venom still feels like a cheaply made, rushed movie produced with the sole intention of putting the license to use and trying to catch the same lightning in a bottle that Deadpool did with a modest budget, while trying to maximize their profit by shoehorning in a character-inappropriate PG-13 rating, to the detriment of the film. There is a great movie, and a lot of untapped potential, buried deep in this first shot at the Sony Cinematic Universe; they’re just waiting for a real visionary to discover them. 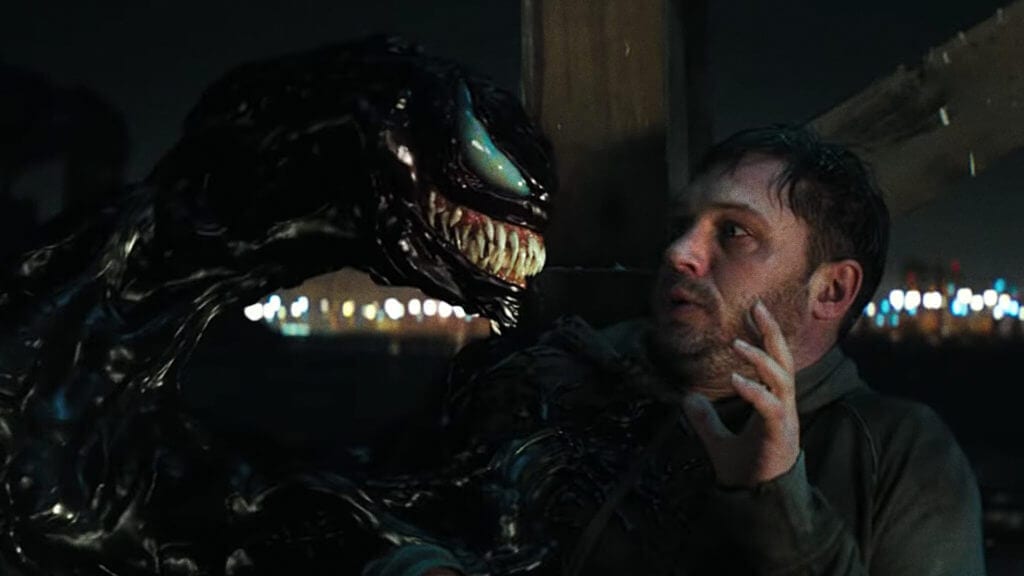 Also, if you decide to see Venom, stick around when the credits roll; in the grand Marvel tradition, there is a mid-credit scene which I won’t spoil, and a post-credits scene that has nothing to do with Venom: it’s a sneak-peek of Spider-Man: Into the Spider-Verse.