Just like its intrepid PI hero, Veronica Mars is the franchise that won’t stay down. After the TV series ended its initial three-season run in 2007, creator Rob Thomas launched a Kickstarter campaign and was able to secure enough crowd-funding for a movie. This was followed by a pair of novels co-written by Thomas and Jennifer Graham. Each time, it seemed like that would be the last we saw of the teen-turned-adult gumshoe. However, Thomas and star Kristen Bell have delivered yet another miracle and resurrected Veronica Mars on Hulu. Now available to binge-watch, Veronica Mars season 4 is a mostly excellent continuation of the characters and their stories, and while it has a few hiccups, I think fans will be delighted to return to Neptune, California.

Now partners with her father Keith, Veronica Mars prepares for Spring Break season in Neptune, hoping the arrival of her military-intelligence boyfriend Logan will keep her distracted from frat bros and beach bimbos. But when a series of explosions target local businesses, Veronica tries to find the bomber and save her town’s economy – not to mention the lives of natives and tourists alike.

When bringing a character back from a lengthy absence, something spectacular is needed to draw them out of retirement (even is said retirement is merely from the airwaves, as is the case here), and Veronica Mars season 4 accomplishes that by putting Veronica on the trail of a mad bomber. There are stakes beyond just the personal, and following the premiere, each episode has a built-in tension as we’re left wondering when the next device will go off and who will be caught in its blast. There are situations we’ve never seen on the show (or in the movie) before, most notably a tension-filled sequence in the seventh episode that, unfortunately, ends with a deus ex machina instead of letting Veronica figure a way out for herself. With just eight episodes, the narrative is fairly tight, with all the subplots tied into the main story; there are also plenty of callbacks to the previous seasons, and none of them feel out-of-place or distracting. At the center is the usual class warfare that will always exist in Neptune, and in the middle of which Veronica will always be caught. There are several moments where race, while addressed, is side-stepped in favor of class, and I was happy to see that the series was able to resist falling into that trap.

Unfortunately, Veronica Mars season 4 goes a little too far into feminism for my taste, and more modern feminism at that. While that’s always been present to a degree in Veronica Mars, it was a more egalitarian version; Veronica would be underestimated or dismissed and prove herself but had good men in her life as well. Now it’s the more prevalent version, where women can do no wrong and men just suck, even the well-intentioned ones.  This is antithetical to the show’s old worldview that people are lousy in general. Take, for example, the serial rapist on the college campus that was season 3’s first central mystery; surrounding that was a fraternity that refused to help catch the rapist and a band of feminist activists who used false rape accusations as a weapon to discredit their enemies. That’s not the case anymore; now, men are evil, and women have to stick together no matter what. It’s a shame, and while the rest of Veronica Mars season 4 is good enough that it can mostly be overlooked, it’s hard not to lament a show that we know is better than this. 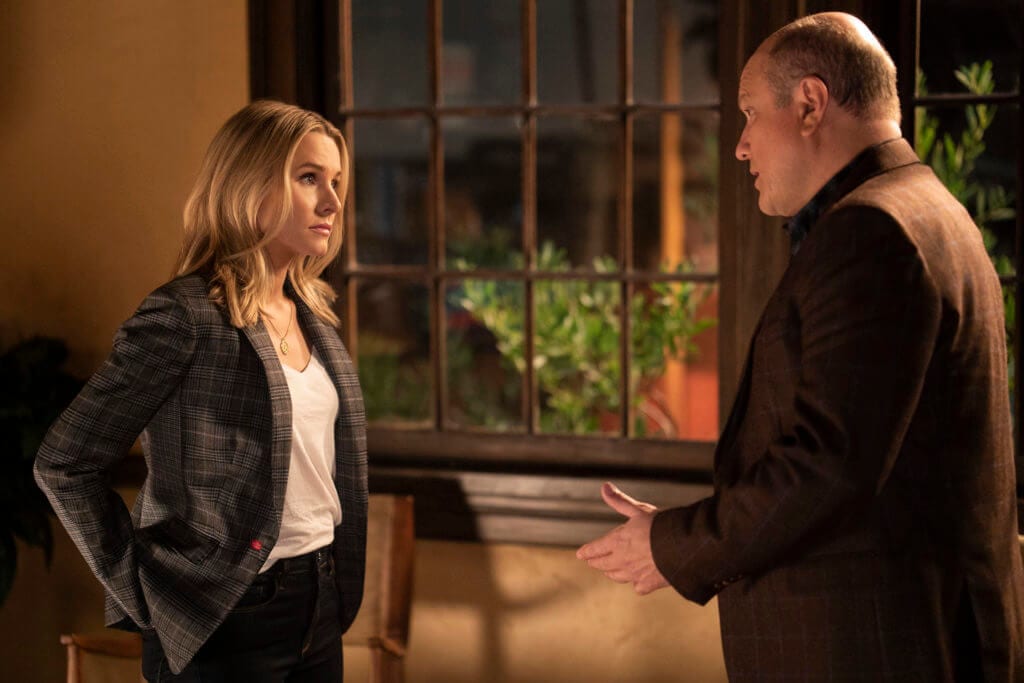 Veronica herself, however, is still heavily flawed, and that’s a relief; she isn’t turned into a paragon of virtue to make some kind of point. She does some pretty nasty things to good people, and she’s called on them. Her severe trust issues remain a stumbling block to her forming – or maintaining – relationships, and her righteous indignation is criticized here and there. As much as she complains about the squalor of Neptune, she won’t allow her life to change and grow. This is reflected in the changes she has made as well; she carries a gun now, for example, and she lives with Logan instead of her dad. But despite these more grown-up superficialities, she’s still the same girl she was in high school in many ways, refusing to grow too much because she knows the world will just disappoint her. Kristen Bell fits seamlessly into Veronica’s shoes again, and it makes me very happy that she refuses to let this character go, no matter how much success she finds on screens big and small.

There are only three actors in the opening credits of Veronica Mars season 4: Kristen Bell, Enrico Colantoni, and Jason Dohring, who play the three best – and, I imagine, most loved – characters, and the two who aren’t Veronica have compelling arcs as well. Keith is starting to slip; his mind isn’t as sharp as it once was, and he’s beginning to forget things. This is devastating for a detective, but his bigger worry is that he won’t be able to protect Veronica anymore. She’s a private investigator because of him, meaning he put her in harm’s way, and while it’s always made him uneasy, at least he could watch out for her. Logan, meanwhile, is doing his best to be the guy that Veronica needs, the dependable, even-tempered boyfriend. But he suspects that, despite all her chiding, Veronica is more attracted to the old Logan, the violent, jealous, law-breaking bad boy. What’s more, he may be right; Veronica Mars season 4 bravely suggests that Veronica and Logan’s relationship, the one that makes fans’ hearts soar, is volatile and unhealthy. Moreover, the subtextual implication is that our fascination with Logan is similar; do we really want to see a nice, polite, well-adjusted Logan Echolls, or do we want to see him insult people, get into street fights, and make life more difficult for Veronica? His storyline is a commentary on fans and their unconscious desires as much as it is on Veronica’s. 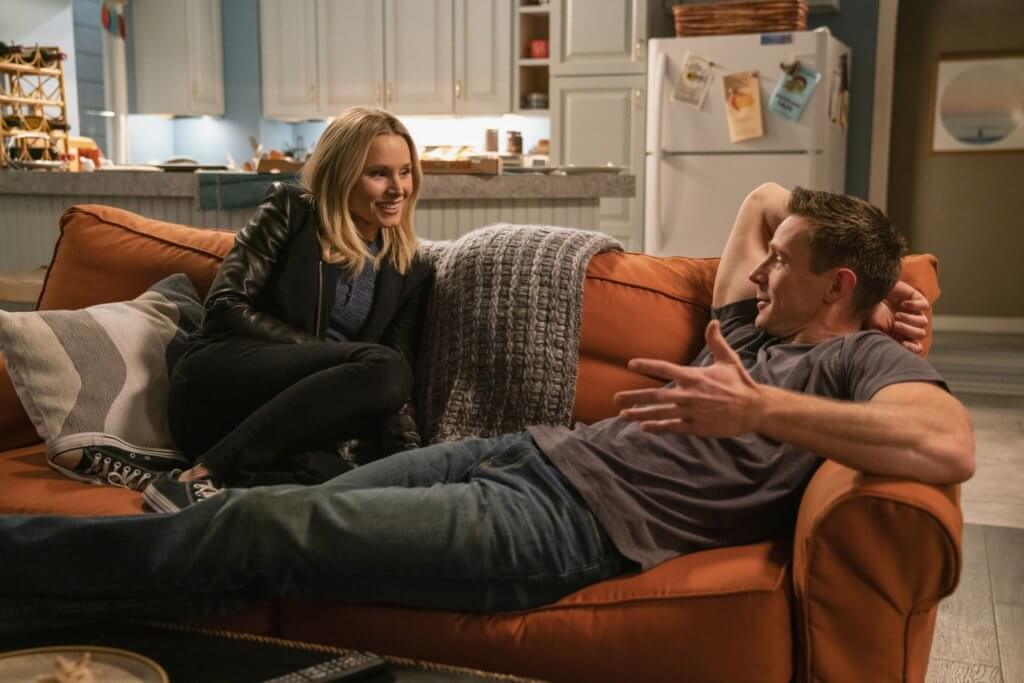 The rest of the regulars make appearances in Veronica Mars season 4, but they aren’t in a whole lot. Wallace, in particular, is severely underserved, and if more seasons emerge (which I hope they do), he needs to have a bigger part. I do like how he’s used; he’s the stable, happy, normal counter to Veronica’s neurotic mess. But we need more of her best friend. Mac fares even worse because she’s nowhere to be found, though I think Wallace is more important. Dick Casablancas pops up here and there, mostly to be funny, and that’s just the right amount of him. Some minor players from the show are present to varying degrees, most notably Dick’s father, Richard “Big Dick” Casablancas, just released from prison and hoping to rise to the top of Neptune’s elite pecking order again. Weevil is back too, and while he’s not a major player, he has some great scenes with Veronica.

New faces include JK Simmons as a jailhouse buddy of Richard who now acts as his hatchet man; Clifton Collins Jr. as a Mexican drug cartel enforcer sent after the bomber by his boss; Patton Oswalt as a pizza delivery guy who survives a bombing and conducts his own investigation; Kirby Howell-Baptiste as the owner of Neptune’s newest nightclub hotspot; Mido Hamada as a congressman looking to advance his political career; and Izabela Vidovic as a young girl personally affected by the bombings. Veronica Mars season 4 feels like an Elmore Leonard novel, with all these disparate characters – most of them lowlifes of one sort or another – involved in the plot for their own reasons. They’re all good, but particular recognition has to go to JK Simmons, who has perfected the ability to make absolutely any character he plays seem like a real person, in much the same way Philip Seymour Hoffman could. He’s got a world-weariness to his eyes and his voice that make him relatable even when he’s conducting unsavory business. 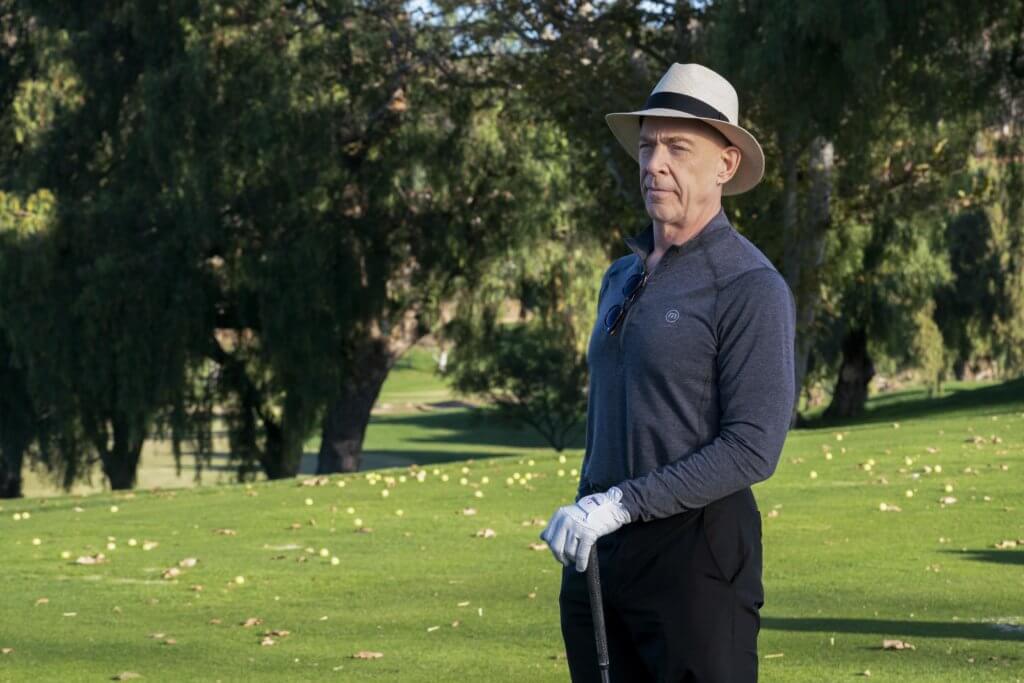 Aesthetically, Veronica Mars season 4 is even more connected to its noir roots than previous seasons or the movie. The opening titles (with “We Used to Be Friends” now sung by Chrissie Hynde, and omitting the phrase “come on, now, sugar;” given the groan-worthy feminism uptick, I imagine this is deliberate and making some kind of point) are at once flashy and seedy, indicative of Veronica becoming an adult and fully entering the world of a Shamus. Neptune looks more or less like the California coastal town it always did, but more is shown of the 09er areas, particularly the Casablancas estate. The sheriff’s office looks like it was given a remodel, and it now more resembles a modern city’s police station rather than the ramshackle one it once was; this fits nicely with the new sheriff, who aspires to be more than just a small-town cop. In season 5, we may see even more luxury in Neptune.

Veronica Mars season 4 is mostly what we all hoped it would be: a return to the series in tone and character. The acting is as good as it always was, the noir atmosphere is amplified, the three main characters have fascinating arcs, and the way is paved for more Veronica Mars. I wish the feminism was toned down and that some of the supporting players had bigger roles, but those don’t compare to seeing Mars Investigations reopened.