You know, we’ve all heard a lot about toxic fandom in the past few years. Broadly, this debate (if it can even be called that) stems from the Disney Star Wars movies and whether or not you like them. Everything has been argued back and forth, from the quality of the films to the likelihood that people are racist simply for not enjoying them, for years now. Personally, I’ve hated all of the Disney Star Wars films, especially the main trilogy. But you know what I’ve been feeling even more than that lately? More than anger at the new movies, apathy at the state of the Star Wars franchise, or disappointment at these being the Star Wars trilogy I got as an adult? I’m tired. I’m tired of complaining about these movies, listening to other people’s grievances with them, and feeding off of the negativity. To be honest, I’m tired of thinking about them at all. Last week, a colleague of mine questioned whether The Mandalorian will save Star Wars and took a deeper look at the show’s production and popularity. Personally, I don’t think the question is, “Will Jon Favreau save Star Wars?” it’s “Does Star Wars Need to be Saved?” It may sound strange given what I just said, but bear with me. 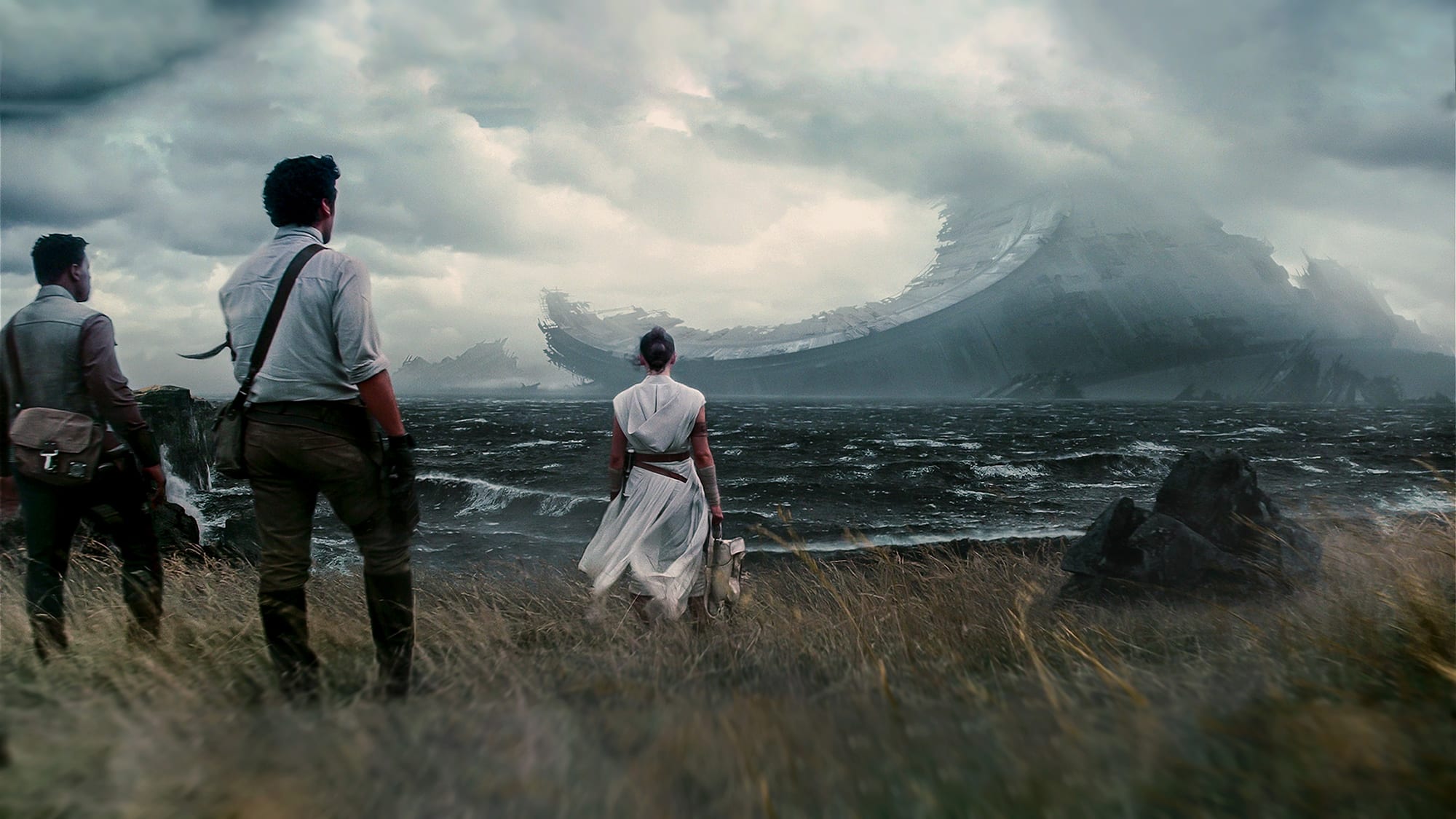 Like many people, I was introduced to Star Wars as a kid. My dad was a lifelong fan and, as with many of his favorite films, he passed his love for the saga along to me. I had a legion of the action figures, I dressed as Padmé for Halloween, and The Phantom Menace is the first film I can remember seeing in a cinema. It’s probably not a unique story, but it’s mine; it’s what got me interested in movies and fandom in the first place. It’s interesting to look back now, seeing how the new films totally misunderstood what it was about Star Wars that spoke to people on such a primal level. But to tell you the truth, I’m no longer interested in that. These movies came and went; it’s barely 6 months since The Rise of Skywalker crash-landed, and I very rarely think about it. For that matter, when I do, it’s almost exclusively because others bring it up. To put it bluntly, these movies, as well as the boring, unnecessary Rogue One and the laughable Solo, are not part of my Star Wars story. I reject them wholeheartedly. Rather than wallow in misery at the thought that some movies are bad even if they have Star Wars in the title, I think I’d like to put my energies into things I enjoy. I won’t allow them to taint or change my love for the saga. And this brings us back, full circle, to the original trilogy so many of us grew up with. We can all have a fun debate about the prequels – that is, unlike the sequels, your opinion on which apparently determines your righteousness and value as a person. But almost everyone loves the original trilogy, and while nobody saw it coming, I don’t think it’s any big surprise in retrospect. What I love about Star Wars isn’t the spaceships, the battle sequences, or the feats of puppetry and stop-motion. I do love these things, and they work to create a unique experience, but they’re not the thing that makes Star Wars for me, which is why all Star Wars movies aren’t equal. 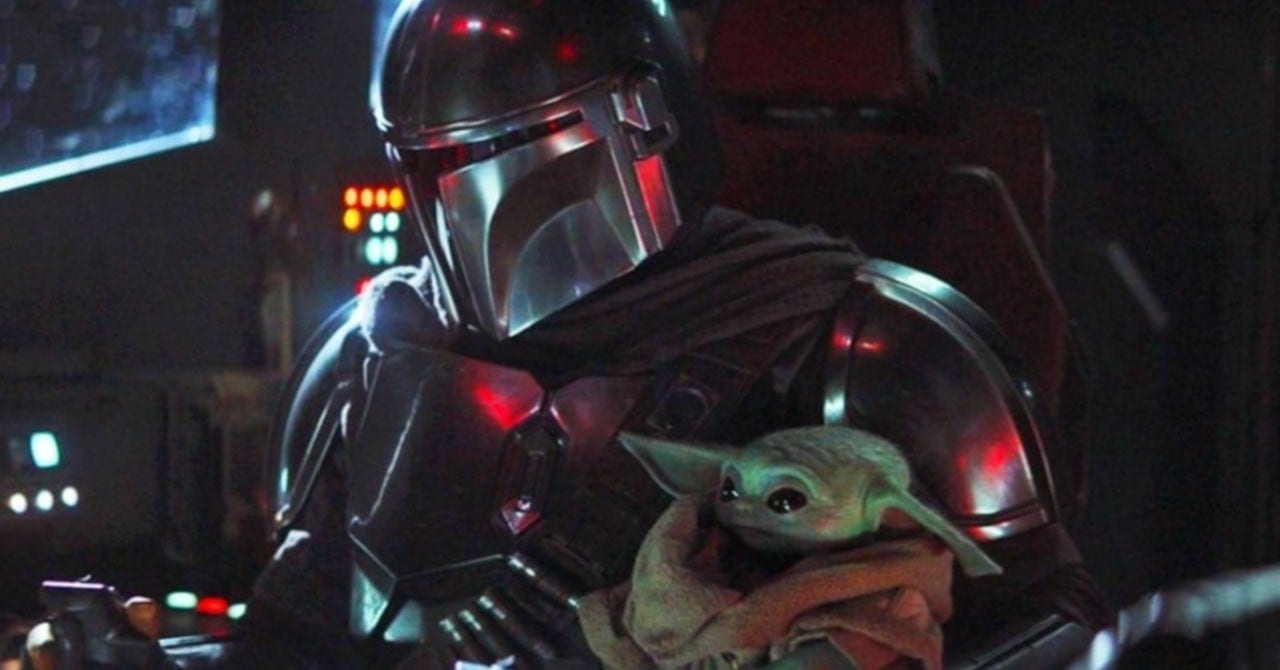 What I really enjoy and feed on in a movie is when there’s an idea that’s explored satisfyingly. Everyone probably has their own answer, but if you ask me, themes make movies good. The visuals, score, acting, and other criteria can certainly help or hurt quite a lot; however, the deal-breaker for me is what the movie is saying and how it goes about doing so. For me, this has been the determining factor in whether a lot of sequels worked, not just Star Wars. While these films may not exactly sell the OT’s themes of family, duty, and destiny, do you know what does? The Mandalorian, Rebels, and The Clone Wars. Aside from Resistance, Star Wars’ recent batch of TV shows has really picked up the slack left by their cinematic counterparts. Sure, you can say putting out good content isn’t enough to “save” Star Wars, but I don’t think it has to be. Star Wars isn’t dead, and it will never die. No matter what comes out or how bad it is, the originals will always be there, and they’ll still be just as magical, give or take a “Maclunkey!” or a “NOOOOOOO!” When people talk about “saving Star Wars,” I guess they mean in the sense of it doing well with fans or having more good content than bad or something. I can understand that from a theoretical standpoint, but it’s a reductive and stale way to view life, the world, and Star Wars. I will always be a Star Wars fan because the Star Wars stories I love are enough to make me do so. Do I wish they would put out good movies? Of course I do, and I’d love to see them. But if being a fan has taught me anything, it’s that my love of something isn’t dependent on it always being good or consistent. When I hear “Yoda and the Force,” I first think of that incredible scene where Yoda displays his awesome power, as well as demonstrating what it will take for Luke to come into his own. It’s not what Luke, or probably the audience, for that matter, expected. Luke doesn’t have to pass some test of strength or intelligence; he has to believe in what he previously thought impossible. This theme was later used to advertise The Force Awakens. I imagine that it was also abused at some point in the new trilogy, just like Leia’s theme and various other classic tunes. However, the further out we get from these movies, the more that memory fades. I’ll never forget the way the original scene made and still makes me feel, even if I go a while between re-watches.

I feel the same way about Lord of the Rings, which had a similarly divisive, bloated, and insulting prequel trilogy. However, I don’t see Tolkien fans debating whether the other is a real fan, or even a good person, based on their views of the Hobbit films. And why should they? It sounds crazy because it is. If we all like something, why quibble over the details? Can’t we just discuss it peacefully without flinging insults and stereotyping? The toxicity in any fandom doesn’t come from people disagreeing or disliking things; it comes from making it personal, and in my opinion, letting it consume you. What does Star Wars tell us about this? Anger leads to hatred, which leads to suffering. You could even argue that the vitriol comes from fear of being challenged or contradicted by other fans. People definitely say things about movies I like that I think are dumb, or even just bizarre. I’m not saying everyone should agree or be quiet; I just don’t think I understand why we can’t view the things we love in a positive light. For that matter, I don’t think things are black and white, either. I hate The Last Jedi, and I hope I never see it again. But you know what? I thought Knives Out was brilliant, and it got the best performance I’ve ever seen out of Daniel Craig, who’s usually dull as dishwater (don’t @ me). I don’t see these two things as mutually exclusive, and just as Knives Out doesn’t make me love TLJ, neither does the latter sour my thoughts on the former. 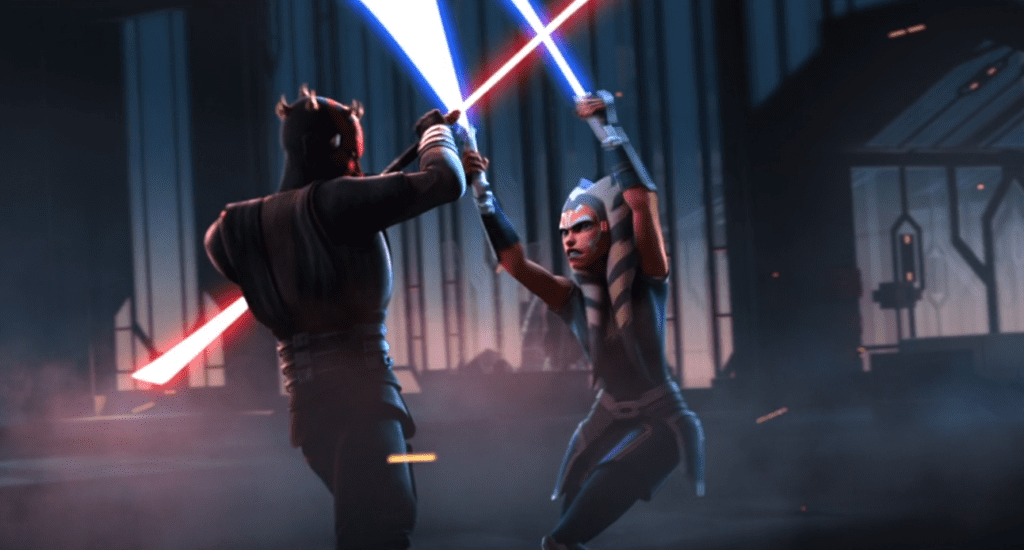 What does the sequel trilogy really amount to, in the end? Three movies which made less money and earned less praise as they went along, a lot of fan vitriol, and some really great TV left in its wake. Was it worth it? I say, yes. Rebels, The Mandalorian, and especially the recently revived and completed The Clone Wars serve as the true, living legacy of Star Wars. In the coming years and decades, I believe vitriol towards the sequels will die down. It won’t be because people change their minds, but because these films will become increasingly irrelevant. Likewise, I believe that they will be drowned out by good, new content and love for the original trilogy. Does Star Wars need to be saved, and are Favreau and Filoni the ones to do it with The Mandalorian? I’d like to say yes to the latter question, but I won’t condescend or pretend to know what the future season(s) will bring. As to the former, I say this: Star Wars does not need to be saved because it was never in jeopardy. Star Wars is a living, changing entity that can’t be taken down by mere bad movies or debates of a popular show’s quality. Star Wars wasn’t dead; it was just sleeping, waiting for the right moment to awaken and rise up.