Thanks to the coronavirus pandemic, “Success is Assured” is the makeshift finale for season 6 of The Flash, and it certainly feels that way. It doesn’t finish the main storyline, and it doesn’t feel particularly epic or important, just more connective tissue. That makes it a letdown as a finale; as an entity in itself, it’s fine. It has some good ideas and themes, and it does some clever editing tricks towards the end, but it feels too much like a way to get from one point to another, and Sue Dearbon’s presence doesn’t help.

Barry sets out to stop Eva, who is determined to exact revenge on her husband. Ralph tries to get Black Hole off of the Dearbons’ backs. Iris looks for Singh in the Mirrorverse. Frost meets Caitlin’s mother.

“Success is Assured” begins with Eva putting on some tech suit to allow her to keep up her “acclimation process” now that she’s in the real world. It’s a quick bit of catchup for her and Mirror Singh, reminding us that she’s all about hunting down and killing Joseph Carver. This is followed by a dull, corny scene where Allegra, Cecile, and Nash help Frost pack so she can go to the Arctic with Caitlin’s mother, Dr. Carla Tannhauser, to fix her freeze problems. No points for guessing that Nash is so hopelessly bad at packing a woman’s clothes that the ladies have to do all the work while mocking him. It isn’t an insulting scene or anything, and I get that they want to reestablish that Nash is trying too hard to get Allegra to like him. It’s just a bad, rote one that would have worked if it weren’t so overwritten. Something the CW writers – and a lot of writers in general – need to learn is that not every damn line has to try to be clever because that’s the most surefire way to ensure that none of them will be. Regardless, Frost is going off with Dr. Tannhauser, and now the important things can happen.

The important things, in this case, are finding Eva and saving Joseph Carver, and Ralph, Nash, and Allegra start off “Success is Assured” using the diamond Sue Dearbon stole to locate a Black Hole warehouse. Barry and Ralph, as the Flash and Elongated Man, show up and learn two important things. Ralph learns what Black Hole is using against the Dearbons and swipes it; Barry learns the extent of Eva and her followers’ fanaticism when he finds two dead guards and Mirror Singh, who blows up the warehouse without hesitation, willing to kill Barry and Ralph to serve his “mother.” Barry finds Carver and tells him what’s going on, offering to protect him from Eva, while Ralph asks to meet with the Dearbons and tell them they can live free now that Black Hole’s leverage burned up in the explosion. Neither of these goes as planned; Carver is too arrogant to accept help, while Sue shows up and tells Ralph she doesn’t want him to tell her parents about their safety because Carver called her a week ago and said he would no longer bother them.

This leads to another examination of the greater good vs. the immediate good for both plotlines. In “Success is Assured,” that takes the form of whether to kill Carver, or allow him to be killed, to save a loved one. When he sees what his wife is capable of, Carver comes back to Barry and accepts the offer of protection, but Mirror Singh shows up before the FBI, and he makes Barry an offer: give them Carver, and Eva will set Iris free from the Mirrorverse. Barry would normally balk at an idea like this, but in addition to having limited use of his powers while Iris’ life is on the line, Carver has just revealed to him that he knew what happened to Iris and did nothing because he wants her out of the way – before reminding Barry that he has a contract out on Joe’s life. Carver is a thoroughly evil man, and he is actively trying to kill the two people Barry loves most. Eva, on the other hand, only wants to hurt Carver, and while she’ll kill anyone who gets in her way, Barry can end that violence by letting her have her husband. The choice is taken from Barry, but his consideration is alarming enough. 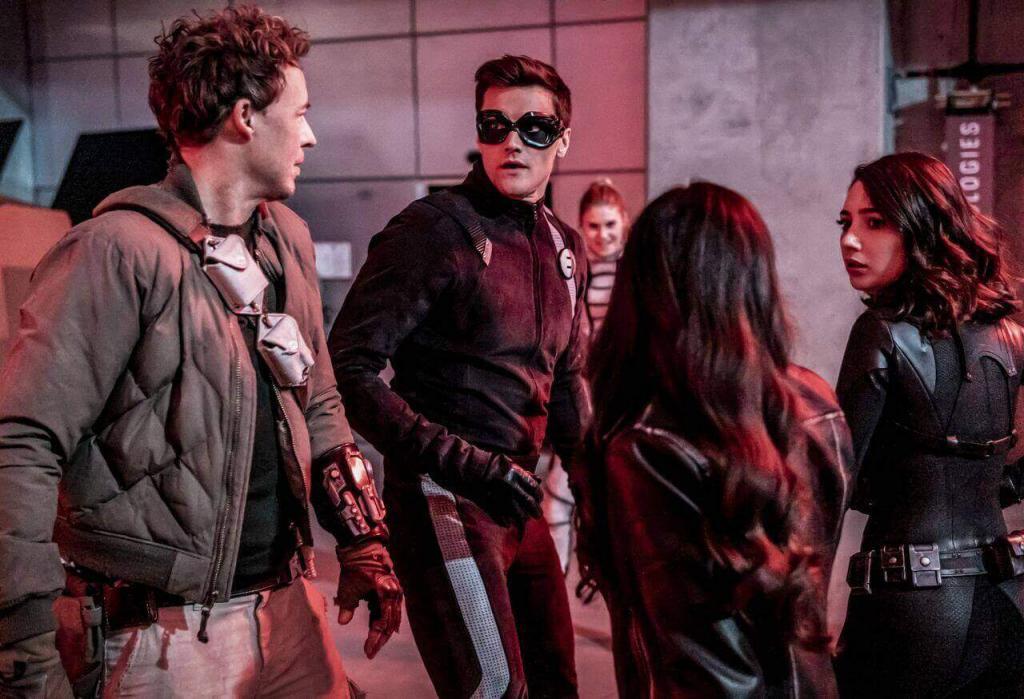 The final effort to protect Carver brings the other plot back into play: Sue Dearbon was able to secure her parents’ safety by agreeing to become Black Hole’s newest recruit, but she’s actually planning to use her new access to kill Carver and end the threat once and for all. But Ralph is able to convince her that killing someone, even an animal like Carver, will open a door she’ll never be able to close. Similarly, Nash reminds Barry of his convictions, and that Iris wouldn’t want to be saved with someone else’s blood. The climax of “Success is Assured” is the result of those lessons; Sue fights to save Carver instead of killing him, and Barry throws his body in front of Carver rather than hand him over for the slaughter. But it’s all for naught; Eva manages to kill Carver anyway, so Barry’s altruism is effectively meaningless. And she frames Sue for the murder, making her live with the consequences of the action she decided not to take after all.

What makes this so interesting is that, instead of beating the “never do evil that good may come” drum again, “Success is Assured” argues that Barry may have been better off giving in to his baser instincts and letting Carver get what he deserved. He’d have saved Iris and Joe, and he’d have taken the burden of choice away from Sue. Moreover, Eva would no longer be a threat. She doesn’t want to take over the world or go on some crime spree; she wanted some well-deserved revenge on her husband, and that was it. Now, she’s got Barry as an enemy, which will likely cause her to escalate her own actions, and she may keep Iris, Kamilla, and Singh prisoner as leverage against him. She probably wouldn’t even have framed Sue, since Sue wouldn’t have been involved anymore. Is the immediate good still a good if all it does is create more evil? What will Barry say to the families of anyone Eva kills in the future? It’s fascinating to think about, and I hope the leftover episodes of this season, which I assume will be the beginning of next season now, explore this idea. 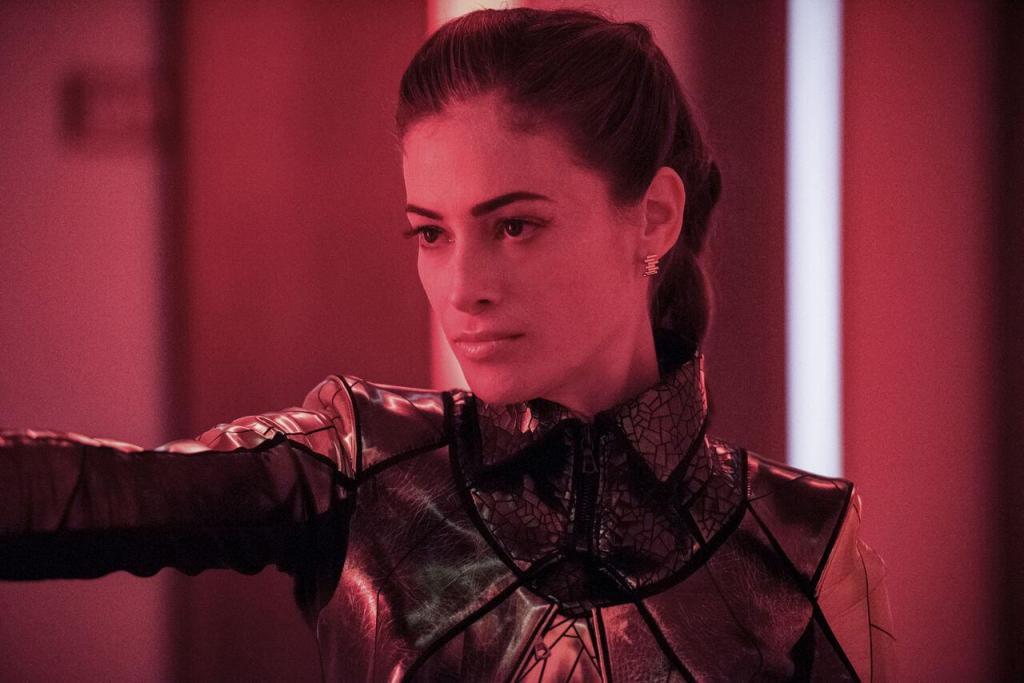 Aside from the theme, I found the editing of the climax of “Success is Assured” fun. It’s reminiscent of Ang Lee’s Hulk, where the transitions were made to look like comic book panels. Here, a similar effect is used to show different members of Team Flash fighting Eva’s minions in the lobby of McCullough Industries, while the transitions mimic the turning of a comic book page. It’s cool, and it makes me wish the fight was a little bit more spectacular, instead of a clunky tussle with a bunch of people who look like they’re wearing biking equipment. Iris’ final tease is intriguing too, and I’m impressed that they’re able to keep her time in the Mirrorverse as interesting as they have. But Caitlin/Frost’s story is dead in the water, and I hope she just shows up again, cured of whatever is wrong with her so she can get back to being part of the fun. It’s also still hard to care about Nash and Allegra, or the big breakthrough they make when she admits she likes coffee; I’m much more interested in Nash’s hallucination (or is it?) of Eobard Thawne and what that could mean going forward. And I still can’t stand Sue Dearbon; she’s arrogant, nasty, petulant, and completely unappreciative of anything Ralph does for her, or her parents. I imagine this means they’re about to make her a series regular, but I wish she’d go away.

“Success is Assured” is a lackluster season finale, but that’s not the fault of anyone at CW. On its own, it’s a decent episode that puts a fascinating new twist on a classic Flash theme and uses some neat editing tricks in its otherwise pedestrian action climax. But Caitlin and Nash’s subplots flounder, and Sue Dearbon remains a nuisance. It’s an uneven end to a disjointed season, so in that respect, its position is fitting.